From Northern Michigan to Mayo Clinic on the Wings of Mercy 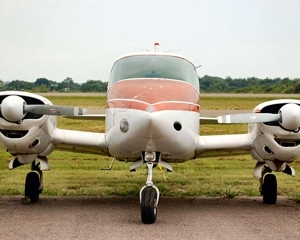 Over two decades ago, Peter VandenBosch, then a retired businessman from Holland, Michigan, did someone a very special favor: he flew that person in his private plane to a distant medical facility for treatment. Call it a lightbulb moment—halo around it and all. VandenBosch realized his friend probably wasn't the only one in need of transport to a distant medical facility. Not longer after, in June of 1991, VandenBosch organized a group of pilots to fly patients in need (for health and financial reasons) to farwaway medical facilities. The service was efficient, fast, comfortable and, thanks to the charitable organization they formed called Wings of Mercy, it was—and is—free.

Since that first (West Michigan Chapter) was formed it has flown countless people with medical and other pressing human needs who reside in Michigan, Ohio, Indiana, Illinois and Wisconsin to medical facilities located East of the Rockies. In 1995, a Wings of Mercy Chapter in Minnesota opened, followed by one in Eastern Michigan.

Look up in the sky at any given time and you'll see Wings pilots donating their time, expertise, planes and friendship to make a patients life immeasurably better. While Wings of Mercy provides the fuel, many of the pilots don't even ask for reimbursements.

Click to read about a Wings of Mercy Flight I was a passenger on.

Learn more about Wings of Mercy.

Click to learn about medical procedures and services in Northern Michigan.