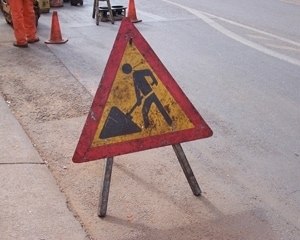 Traverese City News: The City of Traverse City has contracted with Hallmark Construction to begin the first phase of revitalization to our waterfront. Clinch Park Revitalization Phase 1 began on September 4, 2012. The park will remain closed until May 24, 2013 for the reconstruction effort. Clinch Park Beach, Clinch Marina and the boat launch will remain open during the duration of the project.

The bayfront trail (TART trail) will be detoured from Park Street to Union Street during the renovation. Cyclists and pedestrians using the bayfront trail will be encouraged to use alternative routes; signs posting the detour will be erected. The Cass Street tunnel leading to Clinch Park will also be closed. Portable toilets will be installed at the Farmer’s Market area since the existing restroom will not be available during reconstruction of the park. A portable toilet will also be installed at Clinch Park Beach.

During a brief period this fall, Marina Drive will be closed to allow for the construction of a new mid-block crosswalk along the drive. An alternative route to the Marina and boat launch will be available during the temporary closing of the drive.

Traverse City began to seek funding to implement the Bayfront Plan in 2010. To date, Traverse City has raised nearly $2.6 million from a variety of sources including the Natural Resources Trust Fund, local foundation support, Downtown Development Authority tax increment financing funds and a $1 million plus award from Traverse City Light and Power.

Unfortunately, this construction will generate noise and cause inconvenience. The City of Traverse City would like to thank you in advance for your patience and cooperation.