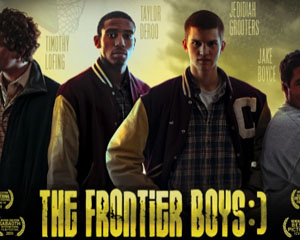 Michigan produced film The Frontier Boys (Destiny Image Films) was the winner of the 2011 Gold Crown Award for Best Picture. Meet Hiram Edson, a historical recreation of pre-Civil War events in upstate New York, was the recipient of the 2012 Bronze Crown Award for Best Short Film. In the curriculum category, The Frontier Boys: Explore (Lifeway Christian Resources) won the 2012 Bronze Crown Award for Best Curriculum (to be released this fall), and the popular family devotional series Watch & Talk (Bridgestone Multimedia Group), hosted by Grammy and Dove Award-winning artist Rebecca St. James, was nominated in the same category for Best Curriculum.

Writer, Director and Producer John Grooters was on hand to accept the awards. “ICVM is a wonderful conference. We're very proud to be recognized by them because it brings together producers and distributors from all over the world who are deeply committed to redemptive content and entertainment quality. To win Best Picture for The Frontier Boys is a tremendous honor.”

The Crown Awards are designed to recognize excellence in production and content of films and videos that are created to reflect Christian values in a secular world. Any member producer can nominate a film. This includes producers around the world who are working in visual media in any way. The complete list of nominees and winners can be found here.

Grooters Productions has been producing quality media both locally and internationally since its establishment in 2001. The company specializes in a range of services including HD video production and finishing, audio post-production, digital effects, print graphics, and web & app design/development. For more information, visit www.GrootersProductions.com.