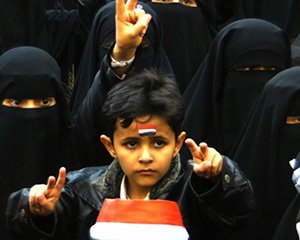 Check out the trailer for this one — it's this year's funny documentary. Michael Moore's favorite thing!

Fresh off the Emmy-nominated series "Girls," indie superstar Alex Karpovsky is joining us in Traverse City with his new comedy about a guy taking his movie about woodpeckers on the road to film festivals — and finding love in all the wrong places.

A romantic comedy for men (but just as enjoyable for women), about a couple of filmmakers making their way through the world of film — and love — in the Big Apple.

The Traverse City Film Festival is holding the US premiere of this colorful, easily accessible film about a father in Yemen who tries to stay out of the way of the revolution — but after 52 people are killed at a peaceful protest as part of the Arab Spring, he can no longer stand idly by.

Real life injustice, Law and Order style, produced by Peter Jackson, ripped from the headlines, supported by Eddie Vedder & Johnny Depp — this case moved people, and this is the definitive take on the efforts to solve the mystery. Not to be missed.

Big dinosaurs on the big screen with big sound — and all the latest science! Prehistoric kingdom at its finest, and weirdest. Hard to believe we still live on the same planet. Werner Herzog is the narrator!

See what else is playing at the 2012 Traverse City Film Festival! Click here to find the full schedule on MyNorth.com!
X
X