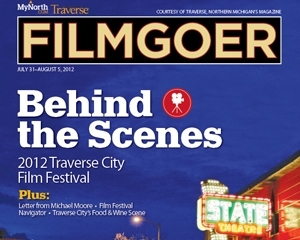 Make the most of your time spent at the Traverse City Film Festival by getting your answers to your questions before you head to downtown Traverse City. Where's the Traverse City Film Festival box office? What are options grabbing some food between films? Need some fresh air? We've got Northern Michigan day trip suggestions. Love the festival and want to volunteer next year? We tell you how.  And to get a copy of Filmgoer sent right to you next year, subscribe to Traverse, Northern Michigan's Magazine.