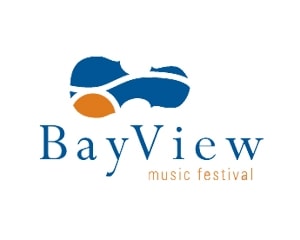 Northern Michigan Events: Not far from Traverse City, the Bay View Music Festival in Bay View Michigan continues to fill the Northern Michigan summer evenings with world class music. This week, July 9-15, is a particularly busy one, with performances by faculty, youth and student artists, and touring group the Good Lovelies.  This week bring the family or guests visiting Up North to enjoy chamber music, innovative folk, and fun theater all within sight of Little Traverse Bay.

An evening of all things French, this performance of Berlioz’s The Death of Cleopatra and two charming French-themed suites will feature the Bay Winds and Spectrum Brass.

Spectrum Brass is the most recent ensemble to join the Bay View family. Formed in 2008, the group consists of five freelance musicians who have preformed with chamber music orchestras the world over–Scott Thornburg, Aaron Brant, Brian Buerkle, John Rutherford and Jacob Cameron. Spectrum Brass focuses on arrangements which augment the traditional quintet formation by including performers not typically associated with brass chamber music. They consistently offer engaging and exciting live shows featuring tremendous variety combined with a strong unifying theme.

In the "Vive La France" performance they will be joined by the Bay Winds, Bay Views premier winds group, which includes Bay View Conservatory faculty.

Since 2006 the Good Lovelies, the all-Canadian group famous for their funny,  upbeat sassy on-stage banter, have been debating how it was they came together. Group members Caroline Brooks, Kerri Ough and Sue Passmore can't quite decide which day exactly it was that they met, but they do agree it was fated to be.

Since then the Good Lovelies have toured their native Canada, the United States, United Kingdom and Australia, delighting crowds with their spot-on three part harmonies and creative, hopeful lyrics. Their most recent album, "Let the Rain Fall" has been met with critical acclaim and reflects the groups positive outlook that sunny days are always just around the corner.

Live the classic tale of genies, magic carpets and far away lands as you never have before in this family friendly production preformed by Bay View’s youth theater group.

The youth theatre program at Bay View has, for the past three years, been under the guidance of Theresa Harrington and supported is by a strong network of volunteers.  Now including both Bay View and other area youth, the program has developed in to one of the Music Festival's strongest, each summer delivering a spirited and professional performance.

Bay View's newest resident group Spectrum Brass will preform alongside the Student Ensemble at the St. Francis Xavier Church in Petoskey. Spectrum Brass, formed in 2008, consists of five freelance musicians who have individually preformed with the world's best orchestras but now come together to create innovative new brass chamber music by including non-traditional musicians. They will be preforming with the Student Brass Ensamble.

Students from all over the country come annually to the Bay View Music Conservatory to develop thier already considerable talent under the tutelage of Bay View's internationally known faculty. This evening is an opportunity for the Student Ensamble to share the hard work they have been perfecting all summer.