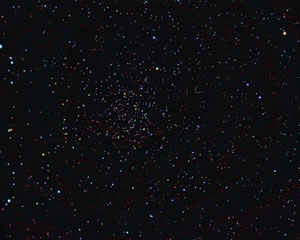 Northern Michigan Events: Thanks to our lack of big city lights in Northern Michigan, the stars and planets shine brightly on their inky-black stage. Take in the evening show at summer events at the Sleeping Bear Dunes National Lakeshore (where the dark skies were recently hailed by National Geographic as among the 10 best in the entire National Park System) and Emmet County’s International Night Sky Park (one of just six such parks in the country). At both parks, interpreters will be on hand to explain what in the cosmos is going on.

Enjoy seeing the crescent moon, Mars, Saturn and the southern Milky Way from Platte Point Beach at the end of Lake Michigan Road in Benzie County.

Learn about the history of astronomy and view Mars, Saturn, and the southern Milky Way from Thoreson Farm in Port Oneida Rural Historic District. Also, see the peak of the Perseid meteor shower.

The Aurora Borealis is a dramatic, ephemeral, unpredictable sky phenomenon. This stellar program includes a discussion of the latest research, how to best photograph the aurora and more.

True-Blue With the Perseid Meteor Showers

August is full of exciting astronomy, including the Perseid meteor shower and this year’s only Blue Moon. The Perseid shower is expected to be nicely visible this year, given the timing in proximity to new moon.

See a short video about creating the Dark Sky Park at MyNorth.com!
This article was first featured in the June 2012 issue of Traverse, Northern Michigan's Magazine. Click here to order your copy today!
X
X