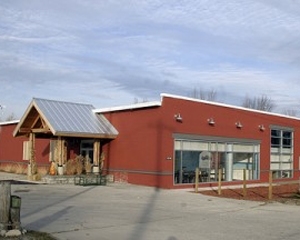 InterActive Story Time is offered twice a week, on Tuesdays and Thursdays at 11 a.m. beginning the week of June 18.

This is not the same old straw and sticks and pigs and bricks. Find out what happens when the wolf “huffs and puffs” this time.

"The Very Hungry Caterpillar", by Eric Carle, July 3 and 5

Eddie loses his teddy. His teddy’s name is Freddy.

Little Cricket tries to chirp “hello” to all the bugs he meets, but he can’t make a sound.

When all the neighbors see Turtle hurrying by, they want to know why. He just says he is going after red, red, red.

"Pinkalicious, by Victoria Kann", August 7 and 9

Find out what happens if you eat too many pink cupcakes.

Bear learns a new game and teaches it to the moon.

One duck is stuck in the muck. Can two swishy fishies help pull him out?