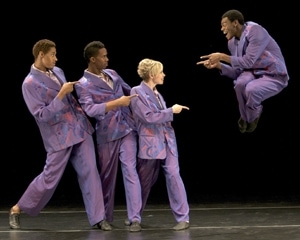 Northern Michigan Events: Far into the northern woods, on the shores of Little Traverse Bay, just a short drive from Traverse City, there is a musical haven where talent blooms. At the nine-week long Bay View Music Festival there is always something amazing to listen to, to watch, to enjoy–and this week is no exception. Check out this week's line up, which ranges from Motown to classical.

One of the Bay View Conservatory faculty performances, "Days of Wine and Roses" is part of the Chamber Music Series. Featuring a Sobeck wind quartet  and a Schumann Piano Quintet–classic chamber music favorites–this performance is a   lushly romantic celebration of both classic musical beauty and the talent of the Bay View Conservatory faculty's prowess.

Everyone loves the golden oldies! This Friday Tony Patterson, a faculty member at the Bay View conservatory will be joined by four student vocalists from Central Michigan University in a performance of themes of acclaimed television series and movies alongside great musical hits from these three decades. Patterson began his study of piano and vocals at the age of three–by eight, he was performing with the Lima Symphony. Since then, he has been on faculty at the University of Charleston, West Virginia, Capitol University, and Alma College.

More information about Patterson at bayviewfestival.org

The brain child of the Eisenhower Dance Company, Detroit’s premier dance ensamble, Motown in Motion celebrates the music that made the Motor City famous. Boasting dancers and choreographers from all over the world, Einsenhower Dance Company is both a touring performance group and a school–they offer dance camps and lessons from their home base in the Detroit Area. Motown in Motion is a playful, theatircal performance which is centered around the classic songs everyone knows and loves.