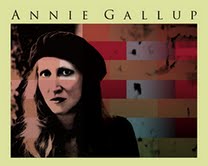 Northern Michigan Events: The Michigan Legacy Art Park, at Crystal Mountain Resort and Spa, gets ready to host its Summer Sounds 2012 Concert Series! Check out the list below for the line-up!

Annie has been praised for her song writing and guitar playing throughout North America and she is a must see! Hosted by: Benzie County Visitors Bureau and Chamber of Commerce.

This Grammy nominated folk singer has been noted for his blues guitar technique and critics alike rave that like his father, Josh White, he is a legendary artist. Hosted by: Benzie Area Historical Society and Museum

A family performance with an emphasis on Celtic, gospel and folk. Hosted by: Benzie Sunrise Rotary Club

Your feet will be moving along with this upbeat Southern inspired band! Hosted by: Crystal Mountain Four Seasons Club

Food and Beverage: Sandwiches, chips and cookies, beer, wine and other cold non-alcoholic beverages will be available for purchase at each concert. You can pre-order a picnic dinner that we will deliver to you at the concert. To order a picnic-for-two, call (231) 378-2000 ext. 7000 before 4 p.m. on the day of the concert.

Also note: Rides to the amphitheatre begin at 6:15 p.m. for those unable to walk the trail. If raining, the concert will be held indoors at Crystal Mountain.