Filmed in Northern Michigan, "The Frontier Boys" Returns to Charlevoix 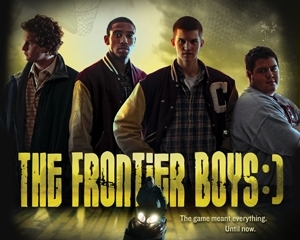 Northern Michigan Events: This Monday, June 25 2012, do a completely different kind of "star gazing" in Charlevoix, north of Traverse City. The Frontier Boys film will be showing at Downtown Charlevoix’s “Monday Movies at the Marina" a free event open to the public at 8 p.m, with a meet and greet with the director and cast and exclusive behind-the-scenes clips prior to the screening.

The Frontier Boys is a faith-based action film that was awarded the Crystal Dove Seal for Best Feature Film of 2011 in the Limited Release category. The film also won Best Picture at the Sabaoth International Film Festival in Milan, Italy, the Iowa Independent Film Festival, and the ICVM film conference in Atlanta, along with numerous other awards. Produced, written and directed by John Grooters, the film features performances by Grammy award-winning singer Rebecca St. James, country music star Big Kenny, and former Olympic boxer-turned-pastor Earthquake Kelley.

Family-approved by the Dove Foundation, The Frontier Boys is the story of four high school boys whose undefeated basketball season and friendship are threatened after a drive-by shooting that leaves one of them in a coma and one of them with a secret.

Watch the trailer at frontierboys.com. Interviews with the director and actors, and electronic press kits are also available.