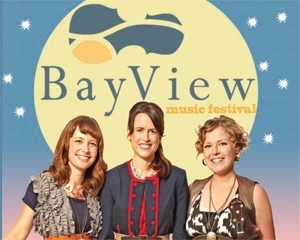 Northern Michigan Events: Located in beautiful Bay View Michigan, the Bay View Music Festival runs from June 12 to August 12. Find incredible performers from all over the nation including the amazingly talented faculty and students studying at the Bay View Conservatory. Bring the entire family to enjoy pops, jazz, musical theater, and even opera all within sight of Little Traverse Bay.

On the Rocks – Pop’s Series

Your favorite Motown hits revamped with a 21st century twist by one of Detroit’s premier dance companies.

Audiences across the nation have described this celebration of the Baby Boomer Generation as “walking the line between stand up and theater.”  Come enjoy a blast from the past in this fast-paced, hilarious production that has you singing along all night long.

This universally appealing ensemble has captivated audiences in 44 states and internationally with their high energy, upbeat blend of pop and jazz. Chapter 6 represents American music in a whole new way, from Gershwin to Stevie Wonder.

This Portland-based six-piece band released their second album We Are the Tide last fall to critical acclaim. The praise was heard on NPR’s “All Things Considered” which described the band as creating “ remarkably sturdy, gorgeous songs.”

We all know the words to “Dancing Queen!” Come celebrate Sweden’s biggest musical export and the music behind the movie and hit musical Mamma Mia with the whole family!

From Harlem to Hemingway

Days of Wine and Roses

The union of a Sobeck wind quartet and a Schumann Piano Quintet result in a lushly romantic celebration of classic musical beauty.

An evening of all things French, this performance of Berlioz’s The Death of Cleopatra and two charming French-themed suites will feature the Bay Winds and Spectrum Brass.

A Night at the Met

You’ll feel as though you’ve been taken to the Met during this annual favorite of opera’s most memorable moments selected by the Bay View Voice Faculty.

The combination of Beethoven’s “Harp” String Quartet and Buffy Baggott’s performance of a set of Spanish songs is a decadently romantic night out!

The Harlem Quartet, the “swingiest string quartet around” breathes incredible life into string compilations from Mozart to Duke Ellington.

Summer wraps up in style with a Brahms Waltz Suite, Max Bruch’s Romanze for Viola, and the Tchaikovsky Piano Trio.

Student Artists   (Most Concerts Are Free!)

Get some tap in your toes with this street-music special!

Brass in the Park

Listen to Bay View's brass musicians while relaxing in the beautiful outdoors!

Great music and good food- the perfect combination! *Meal included in price, by reservation only

Everyone loves their favorite golden oldies; join Tony Patterson and four vocalists from Central Michigan University for a musical revue that features the themes of acclaimed television series and movies alongside great musical hits from these three decades.

Live the classic tale of genies, magic carpets and far away lands as you never have before in this family friendly production preformed by Bay View’s youth theater group.

Continue remembering the ship of dreams on its 100th anniversary with this moving musical about the people aboard the Titanic.

Mozart’s famous comedic drama of the legendary Don Juan is brought to life by a talented cast of collegiate vocalists and full orchestra.

Music and Munchies introduces children to both musical instruments and all kinds of musical styles in an approachable, interactive manner. A child-friendly lunch is served prior to each session, and parents are encouraged to accompany their children as they begin to explore the musical world.  Supported in part by the Bay View Morning Council, the programs are free to all attendees.

Tunes and Tots (Ages 4 and under)

Tunes and Tots is a fun, interactive and action-packed musical experience designed for children 4 years and younger (including infants) with an accompanying adult recommended for each child.  The lunch and program package is free to all attendees.

Behind the Scenes sessions feature guest artists and staff from the Bay View Music Festival and are free and open to inquisitive minds of all ages.

See the performers of tomorrow when the students studying with the Bay View Festival faculty display their musical talent.

A local favorite- this free annual concert brings the Week of the Handbells to a close.

This musical tradition comes out of past centuries when families gathered at the day’s end to pray and raise their voices in hymns. Now it has evolved into a widely diverse concert series featuring opera, musical theater hits, traditional vespers music and the combined efforts of both local musicians and those affiliated with the Bay View Conservatory.

Join in on opening night of the vesper series to witness a joyful reunion of old friends, virtuosic music and a truly unique entertainment experience.

How Great Thou Art

Following the sacred traditions of the Judeo-Christian faith, this concert takes it's cue from the annals of Bay View History, and celebrates the early days of the Vespers Series with music that revitalizes the spirit. .

Visionary leaders and fearless game changers are remembered in a concert that includes music from The Man of La Mancha to the award winning musical The Lion King at a concert that celebrates all our heroes.

From Bach to Rock

Imitation has always been considered the highest form of flattery—this concert features both original favorites and modern rearrangements from Bach to Barry Manilow and Perry Como, and Funny Valentine to Fascination Rhythm.

This professional orchestra, the winners of the annual aria/concerto competition, perfectly performs orchestral hits such as the overture to The Barber of Seville. Enjoy the very best in orchestral pops programming with this audience favorite!

Broadway Then and Now

Any Broadway fan will love this enchanted evening of timeless hits from classics like Rodger’s and Hammerstein’s South Pacific and Gershwin’s Porgy and Bess, paired with more recent renditions from shows like the revival of How to Succeed in Business (featuring Harry Potter star Daniel Radcliffe) and artfully arranged show tune medleys.

One of our favorite things about the movies we love is the music; enjoy performances of tunes from films like The Sting, Amadeus, The Godfather, James Bond, My Fair Lady and the Star Wars Trilogy. Tap your toes and relive some of your greatest movie experiences.

Back to the Beatles

As one of the most well-known and well-loved bands in history, the Beatles have been covered by esteemed musicians since 1964.  Favorite songs are given a new flavor in this tribute to the Fab Four.

This is a bittersweet goodbye to the thirty faculty members and fifty college students who have brought their talent to Bay View for the summer. At different moments poignant, humorous, and sweet, this concert celebrates all they have achieved this season.

This patriotic extravaganza features your favorite patriotic songs, works by American composers and a military services medley preformed by the Bay View faculty artists and the newest resident ensemble, Spectrum Bass. The whole family will love this American celebration, which finishes in time for everyone to make it to the fireworks display!

And to purchase tickets visit: bayviewfestival.tix.com

And to learn about more fabulous Up North events, visit MyNorth.com!
X
X