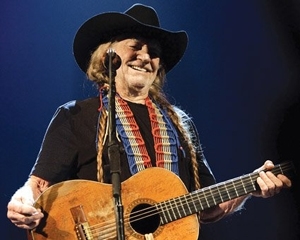 World-renowned Willie Nelson returns to Interlochen to bring outlaw country music into Northern Michigan. Winner of 6 Grammy awards and a spot in the Country Music Hall of Fame his "outlaw charm and humor" make him a phenomenal performer.

This troupe of rule breakers are more than dancers. See their bodies twist and contort in order to create amazing feats!

This classic Shakespearian comedy is performed in Interlochen's new outdoor performance space so that the magic of Midsummer is fully enjoyed!

Steve Martin and The Steep Canyon Rangers: An Evening of Bluegrass and Comedy

These popular male pop artists take the Interlochen stage by force. Gavin DeGraw has had many hits with songs such as "Follow Through" and "Chariot" and Andy Grammer is best known for his hit single "Keep Your Head Up."

The theme of this year's WYSO is highlighting unforgettable moments in American history such as the 100th anniversary of the Titanic, the Summer Olympics, the decade anniversary of 9/11 and more!

These guitar legends don't disappoint as they take to the stage and wow the audience with their incredible guitar playing skills.

Receiving praise in the past for their positive high energy performances this is anticipated to be an upbeat and fun evening!

An Independence Day tradition at Interlochen— this group of former Congressional staffers pokes fun at both sides of the political spectrum.

This show is sure to be a treat! The audience gets to experience firsthand the production and performance of a radio show. Join 4 million other listeners to catch up live with Lake Wobegon along with the Royal Academy of Radio Actors, Guy Noir, The Guy's All-Star Shoe Band, special musical guests and more!

This operatic delight doesn't disappoint! Nathan Gunn is a renowned baritone who has performed in opera houses across the U.S. and Europe

Science experiments set to music sound exciting? Then get ready to enjoy science on stage with Doktor Kaboom!

This world renowned quartet brings a refined skill set to the stage. This group has received multiple recognitions including a Grammy in 2009 for Best Chamber Music Performance.

Conducted by the internationally recognized JoAnn Falletta, the orchestra stirs delight in the audience with its beautifully performed pieces.

A country music duo, they have had 14 top 10 singles including "Something To Be Proud Of," "If You Ever Stop Loving Me" and many more!

Still rocking hard since their debut in the early '70s, Styx returns to the Interlochen stage to perform their hit singles such as "Come Sail Away" and "Renegade" as well as many of their other songs. Come sing along with this blast from the past band!

From the music trio Peter, Paul and Mary Peter Yarrow is a singer-songwriter that conveys a message of "humanity and caring."

As the original winner of NBC's "Last Comic Standing" his standup routine is hilarious and he focuses on ridiculous stereotypes that are applied to him as a Vietnamese American.

After 12 years, Andre Watts returns to Interlochen to perform Beethoven's famous piece Concerto No. 5, the "Emperor."

An Indie/folk-rock group, Blind Pilot recently released their sophomore album that has been well received by audiences and critics alike. They have played venues with artists such as The Decemberists and Josh Ritter and Dave Matthews Band.

New Orleans' French Quarter will be brought to life in front of your eyes with the eclectic rhythm of the Preservation Hall Jazz Band. Joined by special guest Del McCoury, this showstopper can't be missed!

Renowned as one of the most influential artists in Contemporary Christian music, Grammy award-winning Michael W. Smith has also sold multi-platinum albums throughout his music career.

This conductor is known for his skillful ability to improvise, which makes every performance unique and exciting! Joined by Anthony Ross the two collaborate to create wonderful music.

A take on the story in Genesis of Adam and Eve, Children of Eden provides a humorous look at the age old parental-child conflict, and delivers the bittersweet message that, "the hardest part of love… is letting go."

The summer season will go out with a bang with this free and very entertaining performance including Beethoven's "Ode to Joy", the choruses of the Interlochen Festival along with four vocal soloists, and of course the "Les Preludes" featuring Interlochen's high school orchestras, bands and dancers.

The MAGIC of BILL BLAGG LIVE!

A magic show complete with mind-blowing illusions, audience participation and more! You won't want to close your eyes for a second!

Grammy nominated group Enso String Quartet, might be considered to be young, but this group doesn't lack in experience and talent.

Donald Fagen, Michael McDonald and Boz Scaggs are uniting under one name to bring audiences to their feet with approval!

For more information or to purchase tickets: