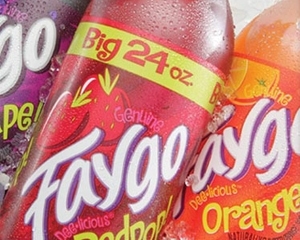 From the company that is credited with coining the phrase "Pop" comes an oldie but a goodie. Faygo is re-introducing their beloved Candy Apple flavor after years of customers requesting its return. A decade has passed since the original debut of this flavor and after much anticipation the flavor is now a permanent member of the Faygo lineup. Due to such popular demand Faygo decided to bring the flavor back, in the words of Al Chittaro, executive vice president of Faygo Beverages, "the pop is all the fun of a candy apple– without the stick!" Look for Candy Apple Faygo at festivals across Northern Michigan this summer!