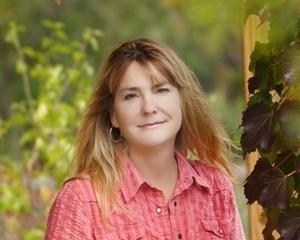 Traverse City writer Mardi Link, who has published two true-crime books in recent years, saw a crime story unfold in the orchards of Northern Michigan's Leelanau County that needed some of that good old fashioned shoe leather reporting, but as an independent writer, she had to figure out a way to afford to do the work.

The crime: In October 2012, a vandal entered an orchard in Leelanau County and cut down 400 trees. Police suspect vandalism in other orchards—though not on that same large scale—might also be from the same perpetrator.

As newspapers have contracted, collapsed and closed all across America, one of the forms of journalism that has been most affected is long-form stories that take a lot of research and writing time because those types of stories are the most expensive and manpower-intensive. But that doesn’t mean that the need for sharply reported, in-depth journalism has gone away. It just means there needs to be a new way to fund it.

Link’s aha moment arrived in the form of Kickstarter, a website devoted to helping people fund their dream projects with investments from many small contributions.

Link put together her pitch in both written and video form and is asking investors for a total of $2,500. Different levels of investment (from $5 to $200 or more) translate to different levels of pay-back, from having your name listed in the back of the article to receiving cherry products and even an overnighted homemade cherry pie.

She has come a long way—already raised $2,112—but has to raise the remainder by April 20 or she doesn’t get any of of the investor money (that’s a Kickstarter rule).

If you love Northern Michigan orchards and think this is a story that needs investigation and some answers, or just want to reward a spunky writer with a great idea, check out Link’s Kickstarter page, debit card at the ready.