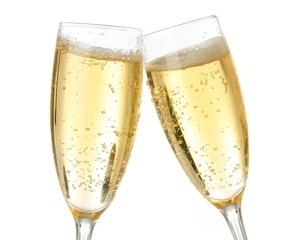 Northern Michigan Wine: Bel Lago Winery’s Leelanau Brillante NV was granted a Jefferson Cup in the Sparkling Wine category, at the 2011 Jefferson Cup Invitational Wine Competition, held in Kansas City, MO. The Jefferson Cup is a different sort of wine competition, in that it is an invitational in which over six hundred wines are pre-selected which exemplify viticulture and winemaking in America.

This year, seventy wines were selected as Jefferson Cup nominees; these wines were nominated by the five judging committees to be considered for Jefferson Cups. Out of those seventy honored wines, the judges collectively picked twenty-two wines to be awarded the Jefferson Cup. Bel Lago submitted 4 wines, all of which received a nod from the judges. The 2010 Riesling Semi Dry, 2010 Chardonnay and Leelanau Brillante NV were all nominated for a Jefferson Cup in their respective categories, while the Leelanau Primavera was given a “Certificate of Merit”.

The Bel Lago winemaking team is comprised of Charles Edson, Kevin Uhl, and Cristin Hosmer. “We were thrilled to learn of the granting of the Jefferson Cup”, said Charles Edson, Proprietor/Winemaker at Bel Lago. “We have always been dedicated to quality at Bel Lago, so it is a real pleasure to achieve this recognition for our efforts”. Bel Lago Vineyards and Winery was first established in 1987. Located on a high site overlooking beautiful South Lake Leelanau, Bel Lago offers wine tasting in this beautiful setting.