My Leland Neighbor is a Rock Star! Who Knew? 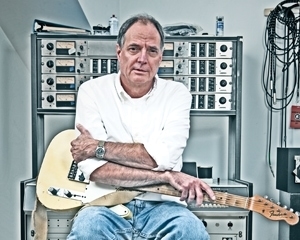 I was daydreaming as to just how the movie (and it’s a true story) would begin. It sorta went something like this … There are five guys, middle age or past, and they are all preparing to leave their homes, or in one fellow’s case, his semi-truck, for the weekend. They all live in different cities, and they are heading to the airports.

One is a former teacher of science and English. That’s Bob. Another, Toby, is an artist, a wonderful painter, sculptor and an accomplished children’s book author. Then another is an aide to the elderly at a home-care establishment. The fourth, Greg, is an all-purpose lawyer from a small Ohio town. His work would likely take him from wills and trusts to divorces, incorporations and real estate. And the fifth, Mitch, is a truck driver whose freight generally consists of orange juice on round-trip journeys from Florida to California. (Now, this has absolutely nothing to do with the story, but I wondered why orange juice would have to be transported from one of those states to the other, when they both are well known for their orange groves. Oh well.)

As the other four are heading to their airports, I can imagine Mitch parking his rig at some large interstate truck stop and softly mentioning to his buddies, “Thanks for watching over my truck. I’ll be back on Sunday night. I have to head out for the weekend—Dallas.”

Yep, that’s how I’d start the movie—then their flights would all land at the same airport and they’d all meet in order to ride into town together.

I’ve known Toby, the artist, for years. He lives very quietly across the road from us, on a little lane. He’s married to a wonderful lady and has two terrific kids, both teenagers, a boy and a girl. Toby and I have played golf together a number of times, had meals together and enjoyed each other’s company. Toby is about 55 years old—very quiet, mild-mannered, and the word that comes to mind is “shy.” Yes, at 55 he’s still reserved, shy and ever polite. I suppose if you happened upon Toby mowing his lawn and struck up a conversation, you’d probably guess, Oh, he is probably a fellow engaged in a quiet, steady and unassuming activity at work.

Last fall I was speaking to his wife, Laura, and asked about Toby. “Oh, he’s off on a 20-city reunion tour with his band,” she said.

Yes, that’s right. Toby and these four other fellows, many years ago, had a band called Guided by Voices, made some records and albums and were so popular that there are fan clubs and collectible stuff about them for sale on eBay.

A 20-city “reunion” tour?! Toby? Really?? This is akin to Clark Kent going into the phone booth.

Yep. Toby is a guitarist (a Fender Telecaster), a singer and composer. You could have blown me over with a fly-swatter.

Toby, a rock and roll star. Quiet, humble, as nice as can be, and as far away from looking like or being like (whatever that is) a rock and roll 20-city tour guy in front of thousands, that one could possibly ever imagine. Believe me.

Last year the tour wound to a close on New Year’s Eve on a pier in Manhattan with thousands of paying customers coming to listen to the songs of Toby and his buddies. His 15-year-old son, Turner, was up on the stage with him. This was all hard to fathom.

As the movie begins to close, I could see Mitch, upon his return, going back out to the truck stop and seeing his friends. “Where you been?” they’d ask.

“Oh, just had to stop up in New York City to see some old friends.” With never a hint to anyone that just hours before he had been on center stage while thousands cheered him on.

And as the movie would end, there would be Toby rushing into the little township’s school board meeting where he is on the board saying, “Oh, I’m sorry I’m late. Just came in from out of town and wouldn’t have missed this meeting for anything.”