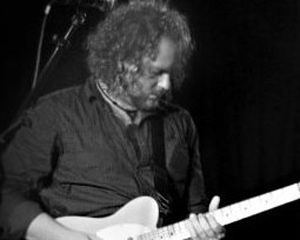 Chamberlin plays music in an isolated cabin, high in the mountains of Vermont. When not playing music they keep themselves entertained with cheap whiskey and cheaper thrills, like backgammon, cricket (their favored variation of English darts), cynicism,ad hominems, skeet shooting, and Shagai, a traditional Mongolian dice game. They are currently recording their full-length debut album with Scott Tournet, a fellow Vermonter who plays guitar with Grace Potter and Blues and Lasers.

What initially began as a solo project for singer/songwriter David McMillin gradually transformed into Fort Frances: a three-piece band whose debut album represents more than two years of drawing their own map for musical exploration. With an all-instruments-on-board approach to writing and recording, their heavily textured style introduces you to a band with a Beatles influence that shines through every note. Produced by Sam Kassirer (Josh Ritter, Langhorne Slim), The Atlas was recorded in a farmhouse in the middle of nowhere Maine. If you listen closely to the album, you will discover some of the hidden secrets of what it means to make a record: trumpets in the open New England air, lampshades substituted for drums, dog barks and a continuing directional thread that runs between each of its 10 songs.

Traverse City Singer/Songwriters Levi Britton and Ben Hursh will open for both acts. Levi Britton grew up in Traverse City. After he graduated from high school he moved to Chicago to pursue his music career. There he helped start the band Down the Line. DTL has spent the last 8(ish) years traveling across the country touring. They have taken the stage with acts such as: The Gin Blossoms, Peter Frampton, America, Lifehouse, etc. Currently Britton is in the band Stolen Silver. Ben Hursh lives in Traverse City where he is co-owner of the musical production company Sonic Boom. Hursh has collaborated wtih Chamberlin and Fort Frances before.