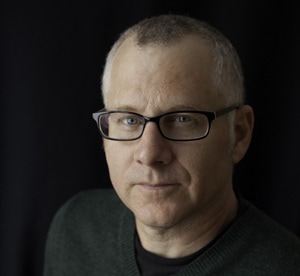 Tom Perrotta has earned critical acclaim and the adoration of book clubs across the country for his biting, empathetic novels about American life. He is best known for popular books Election, which was adapted into a hit film starring Reese Witherspoon and Matthew Broderick, and Little Children, which was turned into an award-winning film starring Kate Winslet and Patrick Wilson that earned three Oscar nominations, including one for Perrotta for Best Adapted Screenplay. His most recent book, The Abstinence Teacher, is currently being adapted for the screen by Oscar-nominated director Lisa Cholodenko (The Kids Are All Right) for a 2012 release.

This Thursday, September 15, Perrotta will take the stage at the City Opera House in downtown Traverse City at the National Writers Series to discuss his life and work, including his new smash hit novel The Leftovers, a poignant and provocative story about a group of survivors dealing with the aftermath of a global Rapture-like event. MyNorth spoke to Perrotta in a recent phone interview about the new book, as well as the HBO series in the works based on the novel and the challenging but rewarding process of bringing his books to life on the big screen.

MyNorth: You’ve mentioned in previous interviews that you became interested in the subject of the Rapture because of your research on evangelical Christianity for The Abstinence Teacher. What first prompted an interest in evangelical Christianity as a writing subject for your books?
Tom Perrotta: In the early part of the 2000’s, I was obsessed with the great American culture war that was going on at that time. It was centered around the 2004 election, and as you can tell from my work, I’m very interested in elections. So I was focused on this cultural divide, and how Bush winning the election could be determined by whether people in Ohio who opposed gay marriage would vote for him based on that moral belief versus voting on maybe more Democratic views they had from an economic standpoint. I was fascinated by these so-called swing voters, who could look at all the issues facing the country and think the most important issue was whether people of the same gender could get married.

I was intimidated as a novelist to try and write about them, though, because I really didn’t know who they were. I lived in a little liberal bubble. I needed to investigate the culture war the way a novelist does, which was to get inside the head of someone like that and really understand where they’re coming from. I needed to describe a plausible Christian character, in a plausible Christian hardline church, and that’s what I tried to do in that book.

MyNorth: Are you sympathetic with that viewpoint, or do you have a more critical view of religion?

Tom Perrotta: I try not to be polemical at all. It’s interesting, though. Some people who’ve started from a religious standpoint have said, “You’re not as sympathetic as you could have been.” Whereas people who’ve started from a liberal standpoint have sometimes been surprised by how sympathetic a character has been. I felt like I moved a long way along the spectrum, but it may have not been long enough for someone starting on the far side of either field.

MyNorth: Many reviewers have described the events of The Leftovers as being reminiscent of 9/11, which is interesting from a timing perspective since this month is the tenth anniversary of 9/11. What are the parallels you personally see between what our country went through with 9/11 and what your characters experience with this fictional event in the book?

Tom Perrotta: The first thing I want to say is The Leftovers is not about 9/11, nor is it an allegory for 9/11. That said, there are some parallels present. I use October 14, the date, in the book the way we use 9/11 as a date now. It’s a stand-in for an enormous event. One strong parallel is that The Leftovers is about how a culture absorbs a terrible shock, and either remains fixated on it or moves on. It’s about those two impulses in a community. One is to say: “Something terrible has happened. Let’s stay focused on it, and keep remembering it, and change our lives because of it.” The other is to say: “Something terrible has happened. We took a hit, but now we have to absorb it and move on.” I tried to show through this one family in the book characters who represent both examples, sometimes in the extreme.

MyNorth: HBO has picked up The Leftovers as a new hour-long drama series for the network. What is your hope for the vision and tone of that show?

Tom Perrotta: The tone I hope will be similar to the tone of the book. What’s interesting about the book is how it can seem both strange and familiar at the same time. That’s the tension I’m hoping for with the show. It shouldn’t feel like it’s taking place on some other planet or in some other era. It should look like now, but something should be strange about that. That’s going to be an interesting challenge.

You know, I feel like the movie adaptation of Little Children had that strangeness about it, which was really intriguing. I don’t know if that’s the model for the show, but I do feel like it’s possible to have a realistic story that visually feels unsettling.

MyNorth: Most authors are isolated from the process of adapting their works for the screen. You, however, have been directly involved in almost all of your novels’ film or television adaptations. Why it is important to you as an author to be involved in that process?

Tom Perrotta: When Election got made, I had no intention of being involved with the screenwriting process. I thought I’d just write books, and if someone wanted to make movies out of them, they could. But what happened was people really loved that movie. So I was approached by the WB network afterward and asked if I would write television pilots for them. As it turned out, I’d also been very taken with the movie, and was moved by the power of film and the ability to enter the cultural consciousness in that way. So I took them up on it. I was a part-time composition teacher at a college at that time, and not getting paid very well. Television offered quite a bit more money. (laughs) That was the beginning. I decided to read screenplays and develop that craft.

As I got better, I started wanting to be the first one to take a shot at adapting my novels. The rhythm of that world works well for a novelist. Typically, I don’t just finish one novel and immediately start another. There’s usually a period of decompressing and gathering energy to start the next book. I would often write short stories or journalistic pieces during that time. So I began adding screenwriting to the mix, and it became a second career for me.

MyNorth: You are often described as a satirist, but you mentioned in a recent interview on NPR that you don’t think that’s an apropos descriptor of your work. Why is that? And is there a better description for what you do as a writer?

Tom Perrotta: I’ve always thought I was a realistic fiction writer, and a comic writer. But I don’t think comic and satirical are synonymous. Satire to me involves some element of ridiculing the characters from a position of superiority. I strive not to do that with my characters. I try to see the world through their eyes sympathetically, even though I may be aware of their absurdity or their extremity. It’s a fine line. I can see why people put me in that camp; maybe they experience the books as satire. But I myself try to resist that impulse.

An Evening with Tom Perrotta, a National Writers Series event, will take place on Thursday, September 15 at the City Opera House in Traverse City. Doors open at 6 p.m.; the event begins at 7 p.m. Tickets are $20 and are available at the City Opera House or online at cityoperahouse.org. The evening will include a pre-event live performance by singer-songwriter Samantha Crawford as well as an audience Q&A and post-event reception and book signing with the author. For more information, visit nationalwritersseries.org.