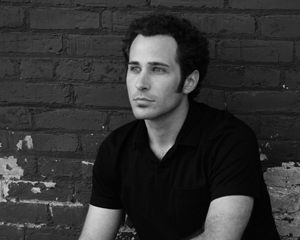 Traverse City Events: Porterhouse Productions hosts Lansing-based singer-songwriter (and lead singer of Steppin’ In It) Joshua Davis for a concert and album release party for his new CD “Magnolia Belles” at the Good Work Collective in downtown Traverse City this Saturday, October 1.

“Magnolia Belles” is the long-anticipated follow-up to Davis’ acclaimed debut album “Fool Rooster.” Raised between the steely clamor of Detroit and the stillness of the Upper Peninsula, Davis melds a rare combination of city and country into his songwriting, producing a traditional blues/roots sound that has earned him comparisons to such artists as Tom Waits and Ryan Adams. Davis will be backed by a full band of notable Michigan musicians at Saturday’s event, including Dominic Davis, Rachael Davis, Mike Shimmin, Mike Lynch, May Erlewine and Seth Bernard, with Bernard performing a special opening set.

Also at the event, just before Davis’ performance, Grand Traverse Band of Ottawa & Chippewa Indians' Tribal Chairman Derek Bailey will appear to make a special public announcement. Bailey has been considering a run against Republican Dan Benishek in the First Congressional District, which includes the Upper Peninsula, Petoskey, Gaylord, and a portion of the east side of the state. Widespread speculation has been that Bailey will pursue the post as a Democrat, and he is expected to announce whether or not he will run for Congress at Saturday’s event.

Tickets for the release party – which are limited to just 75 – range from $10-$30, with the $30 ticket including a copy of the new album. They can be purchased online at porterhouseproductions.com or at the door on a first-come, first-served basis. Standing room may also be available. All funds gathered support the musicians and the Good Work Collective, which is a community all-arts gallery space designed to bring art and ideas to life. The Good Work Collective is located at 417 S. Union St in downtown Traverse City.