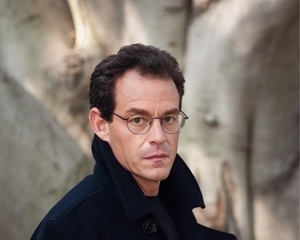 Over the course of his brilliant career, Daniel Silva has established himself as a “world-class practitioner of spy fiction” (Washington Post) who has produced “the best thriller series on the market in the past decade” (Midwest Book Review). Gabriel Allon, his enigmatic hero, has been described as the most compelling creation since “Ian Fleming put down his martini and invented James Bond” (The Rocky Mountain News). Silva has written over 10 spy novels starring Gabriel Allon, all of which have been New York Times best-sellers, including “Moscow Rules,” “The Defector” and “The Rembrandt Affair.” Earlier this year, Universal announced they had acquired the screen rights to the Gabriel Allon series and will soon be bringing Silva’s creation to life on the big screen.

On Thursday, July 21, Silva kicks off the national tour for the latest installment in the Gabriel Allon series, Portrait of a Spy (out July 19), at the City Opera House in downtown Traverse City as part of the National Writers Series. MyNorth spoke to Silva in a recent phone interview to get his take on the latest novel, how recent events in the Middle East played a role in his hero’s new mission, and his thoughts on Gabriel’s upcoming journey to the big screen.

MyNorth: For the uninitiated, could you briefly describe who Gabriel Allon is and what’s led up to the plot in Portrait of a Spy?

Daniel Silva: Gabriel Allon is a sometimes spy for the Israeli secret service. He also has a very interesting cover job, which is that he’s one of the world’s top art restorers. In this book, Gabriel’s recruited by the C.I.A. to mount an operation against a jihadist terror network run by an American-born cleric. The network unfortunately was built with the unwitting assistance of the C.I.A. The book’s really right up-to-date with what’s going on in the Middle East and the broader world today. I was able to incorporate the events of the Arab spring in this novel, and to look at where we are in the war on terror 10 years after 9-11 and also what awaits us around the corner.

MyNorth: Your books have helped many readers gain a better understanding of the complexities of politics in the Middle East. You mentioned incorporating the Arab spring into this book, which, given the timeline of its publication, must have meant you were writing about events almost as they were happening this past year.

Daniel Silva: Because of my publishing and touring schedule, I’m right up against my deadline every year. Halfway through writing this book, the world shifted under my feet. Tunisia went. Egypt went. It became clear that these events were far too momentous to not incorporate into the book. I had to walk out on the wire and hold my breath and try to write these events into the story in a way that would stand up. Because the last thing you want as a thriller writer is to write a book that feels like it’s about yesterday’s headlines rather than tomorrow’s headlines.

MyNorth: The books in this series have all been richly detailed and intricately plotted. What kind of research goes into writing Gabriel’s books?

Daniel Silva: I go to virtually every spot I write about in the books. Well – I’ve never been in the Pope’s private study before, which I’ve written about. (laughs) But I really do make an effort to spend a serious amount of time in the places I’m covering. It adds a real dimension and character and reality to what I write. I don’t go to Google and look up something and put it in my book. I’m on the ground, talking to the people who live there and observing their world.

MyNorth: In a genre where women are often minor characters or strictly romantic foils for the male protagonists, this series stands out in that you’ve featured a diverse array of strong female characters. Was that something you made a concerted effort to include, or did you feel Gabriel would naturally be encountering these types of women in his line of work?

Daniel Silva: A little of both. My mother was a schoolteacher, my wife is a well-known journalist (NBC News Today correspondent Jamie Gangel), my mother-in-law is a judge. So I’m surrounded by powerful, accomplished women. It seemed important that I include women in these books in important and heroic roles. Portrait of a Spy is no exception. There’s a heroine in this book who appeared earlier in the series in another form. I think readers will be surprised when they encounter her again here.

MyNorth: Universal recently acquired the film rights to the Gabriel Allon series. What are your hopes for how Gabriel will be depicted on the big screen?

Daniel Silva: We’re still working out a lot of the aspects of the deal and crossing our t’s and dotting our i’s right now. But I would like him to be as close to the Gabriel that exists on the page as possible. I think everyone involved in the project is in agreement on that. He’s a good character. And I feel confident that the character that people know and love from the books will recognize him when they see him on the screen.

MyNorth: Do you have anyone in mind to play him?

Daniel Silva: I’ve never cast anyone in the role in my head in all the years I’ve been writing. When I see Gabriel, I see Gabriel. I don’t picture a particular actor as some sort of writing tool or device. But there are a number of people who want to play the role. We’ll have to see. Casting Gabriel will be an exciting process, and I’m looking forward to what comes out of that.

An Evening with Daniel Silva, a Traverse City National Writers Series event, will take place on Thursday, July 21 at the City Opera House in Traverse City. Doors open at 6 p.m.; the event begins at 7 p.m. Tickets are $20 and are available at the City Opera House or online at cityoperahouse.org. The evening will include an audience Q&A and post-event reception and book signing. For more information, visit nationalwritersseries.org.