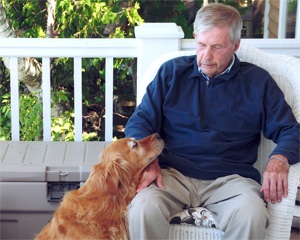 “In the depth of winter I finally learned that there was in me an invincible summer.” Albert Camus

It’s time for that yearly springtime ritual performed by cottage owners across the globe: washing off what’s sometimes months of dust, the kind of grime that accumulates only in a home that hasn’t been inhabited for several months. Scrubbing off the residue left by snow on sidings. Removing sticky cobwebs. Wiping the winter film off windows. Peeling the dried leaves of several seasons from the screens. Moving the summer furniture back onto the porch. Taking off the storm doors. Plucking the water skis, sailboats, kayaks and canoes out of storage and placing them on the shore.

My grandfather bought this cottage on Walloon Lake in the 1950’s, but it was built in the late 1800’s. In its original state, it was something close to a lean-to. Over the course of a century, owners added oddly shaped rooms in helter-skelter fashion to what began as a one-room structure. The walls were not plumb, the floors not level.

Though we had electricity, the first summer I can remember at the cottage we pumped water from the ground by hand from a well we shared with the neighbors. We even had a dark green outhouse with a half-moon carved out above the door. We didn’t acquire a real toilet and sinks with faucets until I was five years old. In the winter, when the place was boarded up, snow came in through the screens. In the summer, when the storms moved across Walloon Lake, we ran to get pails to push under the windows where water rushed in.

One year when we came Up North to get the cottage ready for the season, we found a pillowcase full of beechnuts—probably gathered by a hungry squirrel—in the upstairs bedroom. Assortments of seeds always showed up in drawers, cupboards and bedsheets. One spring, we found tiny teeth marks on a bar of soap someone had accidentally left in the bathroom: a mouse, we presumed, or some other rodent desperate for food. Dried up tangles of daddy long legs corpses dangled from the ceilings in spider webs. And, of course, there were mouse droppings galore.

Sometimes, after we thought we had scoured almost everything, and placed fresh linens on all the beds, we’d hear a strange flapping sound above us. We’d look up in the eaves, and a tiny bat would be staring down at us as if we were the intruders, not him.

Every spring, it seemed, there were icky things. One year, a bird got in, but apparently couldn’t get out. We discovered its fragile skeleton and a few gray feathers splayed near the fireplace—a nuthatch, I believe.Chipmunks, mice, squirrels, birds, an assortment of insects and spiders, they took our places each year after we left at summer’s end. They moved in, perhaps, in October, and stayed until spring, when we arrived with our arsenal of brooms and vacuums to drive them out.

I always had such mixed feelings about the presence of these creatures in our lives. They were trespassers and invaders. They created hours of tedious work. But I was strangely happy the chipmunks used my pillowcases to store their food; that the mice had a place to sleep when the cold made their own homes uninhabitable.

Now that I live at Walloon full time, and even though the cottage is now enlarged and winterized—no squirrels or mice run amok—I still participate in the ritual of washing off winter. I have my own spring-cleaning dance, which usually begins at the end of March or early April. It involves vacuums, pails of water filled with Spic and Span, scrub brushes, Oxi Clean and dusters. I reach into places I usually don’t go to remove the residue, to get rid of the evidence of the cold and white.Last year, washing off winter took on new meaning.

When I came back Up North last spring after a few days away, the lake was still frozen but in the process of thawing. The ice heaved and sighed, the way my father did as he died on March 17th. The sound haunted me and kept me awake at night. I will never forget that time in my life. It’s strange how sorrow makes you acutely aware and so alive. The memory of an experience sticks in ways it might not otherwise.

I remember that—almost from the moment I arrived at the cottage—a huge warm wind began to roar. It blew waves over the ice, melting most of it in just one day. The next day, within what seemed like a matter of hours, tiny bulbs of hyacinths appeared. The leaves of ramps shot up like green flames out of the soil. The stems of trilliums reached out of the earth, grasping for spring. A strange heat wave arrived. It was 79 degrees on a day in late March. The neighbors and I kayaked along the shore, all the way down to what we affectionately call “the foot”—Walloon Lake Village—bought ice cream, and kayaked the several miles back. My grief went away for a few of those sunny days. It felt like a gift my father had sent.Then, just as suddenly, a blizzard hit, scaring off the peepers and covering up the bulbs. I made a fire, wrapped myself in a blanket on the couch, and let myself go back to grief again, sobbing. It always seemed worse in the morning, when I realized he was gone.

I made a little memorial on the surface of my grandmother’s marble-topped table. I put a black and white photo of my father there along with his pitch pipe and his favorite Frisbee. Then I cleaned some more.

One day while I was scrubbing, I found the silver Alzheimer’s identification bracelet my father wore as a precaution in the event he became lost. The funeral director handed it to us along with the box of my father’s ashes: “I AM WOODY” was etched along with his phone number and address on a small oblong medallion next to the purple medic alert insignia. I held it in my hand. I wanted to feel it against my skin the way he felt it against his. I remember thinking, This silver chain still contains his DNA. I placed it next to his photo. And began cleaning again.

By the time the first hepatica bloomed in the woods, it was as if the image of the man my father became at the end of his life—the man with Alzheimer’s—began melting away along with the spring snow. For the first time in a very long while, I could visualize him as president of his company, sitting behind his oak desk. I remembered him leading discussions at the dining room table and telling us stories about his life. I could see him performing with his beloved a capella singing group. I was able to recall him whole, all of a piece, before Alzheimer’s began to take him from us.

I went back to washing the windows. I rubbed the glass until all the streaks and fingerprints were gone. The glass shone and let the light in. I thought about how we come back inside our cottages to let the living move back in where the dead have been. The cottage was ready for summer, and ready to be inhabited again—ready for lives that will go on without my father.

Mary Ellen Geist is author of Measure of the Heart: a Father’s Alzheimer’s, a Daughter’s Return. (Hachette, 2008) She is a freelance writer, radio journalist, and singer, and lives on Walloon Lake. megpie123@earthlink.net