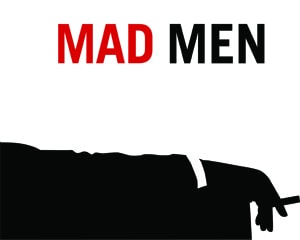 Kicking off its 2011 season, the Traverse City National Writers Series will host “Mad Men” writer-producers Janet Leahy and Lisa Albert at the City Opera House in Traverse City on Thursday, February 3 at 7:00 p.m. Audience members will get an exclusive behind-the-scenes look at the show’s award-winning writing, following key scenes from the writer’s room to the screen. Leahy and Albert will also treat Traverse City fans to insider anecdotes and stories about some of TV’s most iconic shows, drawing on their decades of experience on hit series such as “The Cosby Show,” “Boston Legal,” “Roseanne,” “Murphy Brown,” “Gilmore Girls” and “Grace Under Fire.”

In a recent phone interview with MyNorth in Traverse City, Leahy and Albert discussed the ins and outs of working on AMC’s Emmy-winning show, including the dynamics of the writer’s room and how the series’ memorable characters and storylines are created. They also talked about the role of women in Hollywood, how cable has changed the television landscape and what shows are considered “can’t-miss” in their households.

MyNorth: Both of you have enjoyed long careers in the entertainment industry. Can you start off by talking about how you first got involved in television, and what your path was leading up to your work on “Mad Men?”

Janet Leahy: I went to film school at UCLA. During that time, I won an award from the Hollywood Radio and Television Society, which landed me a job as a secretary on “Newhart.” I worked on several other shows from there. Lisa and I have known Matt (Weiner, “Mad Men” creator) for a dozen years or more. We have a long history with him – we were working together when he was writing “Mad Men” on spec. He’d been asking me to work on the show for some time, and I recently finished executive producing “Life Unexpected,” so I was finally able to come on board.

Lisa Albert: I got into television because all of my friends were working in television. (laughs) The truth is, I actually got my first job by mistake. I wrote a spec script, and I sent a little note to someone letting them know I’d be sending it in. But when my script hit her desk, she was out on maternity leave. Someone at the office picked the script off her desk and thought I was a friend of hers, and I got hired. It was a complete accident.

MyNorth: But a happy one.

Lisa Albert: Yes, a happy one. I started writing in comedy, and met Matt on a show called “Living in Captivity.” Both Janet and I worked on that with Matt. And then at a certain point, we both eventually transitioned into drama.

MyNorth: Let’s talk about the writing process for “Mad Men.” How many writers are on the staff?

Janet Leahy: We just counted this up. It’s…seven, plus two advertising consultants and a writer’s assistant.

MyNorth: And how many of those are women?

MyNorth: So fifty percent. I think that would surprise people. Here you have a show about male advertising execs, who are often chauvinistic, and half of the writers behind those characters are women.

Janet Leahy: Well, as we always like to say, “The Mary Tyler Moore Show” was written by men. So maybe this evens things out. (laughs)

MyNorth: How do you go about deciding the major themes and character and plot developments that are going to define each season at the beginning of the year?

Lisa Albert: What’s happened for the last four seasons is Matt will come in and talk about the subjects he’s interested in exploring. And then we – the writers – will come up with the overarching story arcs for both the business and personal stories on the show. But it’s really up to Matt and what he wants to see happen.

Janet Leahy: I should also point out that it’s constantly a work in progress. Sometimes you’ll have a story you want to get to, but you realize you don’t have the building blocks to get there. So you’ll need to move things around, or shift the pieces up and down to get everything where it needs to be.

MyNorth: How does that break down into writing the individual episodes?

Janet Leahy: At the beginning of each season, the writers come up with a slew of ideas, and everything goes up on the board.

Lisa Albert: At least you hope it goes up on the board.

Janet Leahy: Right. If it’s good, it makes it up. But the writers are bringing in ideas from all kinds of sources—stories from history, stories from their personal lives, strange things that happened to their friends. Throughout the season, you try to weave those things in.

Lisa Albert: It all depends on where you’re at in the season and what story you’re trying to tell. Sometimes we’ll get ideas from current events. Other times, we’ll have a character story that we want to tell, like Draper’s backstory.

MyNorth: How is the writing room for “Mad Men” similar to writing rooms for other shows you’ve worked on?

Janet Leahy: You know, it’s a team sport. A well-run room— and they’re not all well-run—but a well-run room is one in which the executive producer or head writer is listening to everybody, ferreting out the people who are speaking too much or bringing out the people who aren’t speaking enough. It’s about being a generous listener and staying in tune to the different personalities, because they are strong personalities and they all have something to say. And at the end of the day, it’s not a democracy.

Janet Leahy: Yes, a benevolent dictatorship. If the head writer doesn’t like your idea, no matter how great it is, it’s not going in. So you have to have the social skills to know that’s how it is and be able to deal with it.

Lisa Albert: And if you don’t have the social skills, you need a super thick skin.

MyNorth: In addition to all of the nuanced character work on "Mad Men," you have the additional challenge of making the writing era-appropriate to the 1960s and detail-appropriate to the world of advertising. Exactly how much research goes into writing this show?

Lisa Albert: It’s massive. By the individual writers of the scripts, as well as a staff of people who help research everything. In fact, the unsung heroes of this show are Josh Weltman and Bob Levinson, our advertising consultants. Josh is still currently an ad man, and Bob worked at BBDO in the 1960s, during the time period of the show. They provide us with huge amounts of insight and information.

MyNorth: Both of you have worked in this industry for many years now. Have you seen any evolution in the role of women in the business, especially behind the camera and in the writer’s room?

Lisa Albert: I would say I have. Especially behind the camera – when I first started, I never saw any women on the crew. Now I do. There are three or four female directors in our stable, so that has certainly increased.

Janet Leahy: I definitely have. When I started in 1986, when I sold my first script, girls were secretaries and boys were production assistants. That’s just how things were. Then it began evolving to where you might see one woman in the writer’s room. Sometimes two, but rarely. Now you’re likely to see several. I don’t know what the statistics are, but I do know that it’s increased during my time in the business.

MyNorth: How has the explosion in popularity of both basic and premium cable in the last decade changed the landscape of television writing, particularly compared to the network-dominated years?

Lisa Albert: I know this much: I’m super happy when I get a gig on a cable show. I haven’t worked on a network show in years. There’s so much interesting product on cable these days. The shows are incredibly fascinating.

Janet Leahy: To be fair, the rules are different. Broadcast has so many regulations from the FCC about standards and practices. Their hands are tied. Also, the season template for cable is normally 13 episodes, versus 22 or 24 for broadcast. That kind of demand (on broadcast) puts an incredible pressure on creativity. It’s hard to maintain consistent quality for 22 or 24 episodes. Not to mention the pressure to meet deadlines and come in on time. On cable, creativity seems to reign.

Lisa Albert: You also have very little time to draw in an audience. They seem more trigger happy to cancel a broadcast show than a cable show.

MyNorth: It does seem like more of a challenge to earn an audience for a cable show, though, since you don’t have the same numbers you do for broadcast. What’s the secret to getting attention for your show?Lisa Albert: I think it’s primarily word of mouth. Although everything is changing so quickly; there are so many ways people consume television now, with DVRs and the Internet and all that. I’m glad it’s not my job (to market the show).

Janet Leahy: As a writer, you always have to keep the marketer’s job in the back of your mind. If you make their job difficult, you’re not going to get the word out about your show. But ultimately, I do think if you tell a story well, the audience will find you.

MyNorth: “Mad Men” is consistently cited as one of the best-written shows on television. Setting that bias aside for a moment, are there any other shows on TV right now that inspire you as a writer or that you feel embody excellent storytelling?

Lisa Albert: I’m obsessed with “Modern Family.” It’s delightful in every way. And I’m addicted to “The Office.”

Janet Leahy: At my house, we watch “The Office” and “30 Rock.” And we still watch episodes of “Seinfeld.”

Lisa Albert: I think that “Seinfeld” show is going to catch on.

Janet Leahy: (laughs) Yeah, they may have something there.

"An Evening with the Writers of Mad Men (And Other Adventures in Television)”, a National Writers Series event, will take place on Thursday, February 3 at the City Opera House in Traverse City. Doors open at 6:00 p.m.; the event begins at 7:00 p.m. Tickets are $20 and are available at the City Opera House or online at cityoperahouse.org. The evening will include an audience Q&A and post-event reception and book/DVD signing with the writers. For more information, visit nationalwritersseries.org.