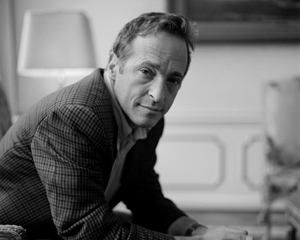 The Traverse City National Writers Series continues March 3 with Sarah Brokaw, daughter of Tom Brokaw and a licensed therapist and author ("Fortytude"). She is followed on April 14 by Paula McLain, author of the highly anticipated new novel “The Paris Wife,” and the Made in Michigan Writers Series on April 28, featuring some of Michigan’s biggest authors under one roof. Other guests in the January-June season include NPR panelist and author Roy Blount Jr. on May 12 and Pulitzer Prize-winning novelist and short story writer Richard Ford ("The Sportswriter") on June 2. The first part of the year will close out with a special Father Fred fundraiser on June 14 featuring local author and Father Fred historian Paul LaPorte.

Guests scheduled to appear later this year include Daniel Silva in July, Tom Perrotta ("Little Children") in September, Jeffrey Eugenides and David Sedaris in October and Vince Flynn in November. The Traverse City National Writers Series also has special collaborative events scheduled with the National Cherry Festival in July and Epicurean Classic in September, though it has yet to announce the guests for those events. Tickets for the July-December season will go on sale early this summer.

In addition to an increased number of events, the Traverse City National Writers Series is also offering new ticketing options this year, including a membership program called Friends of the National Writers Series and subscriber discounts for multiple event purchases. Tickets for the January-June season go on sale to the public on Monday, January 24 and can be purchased at the City Opera House box office, over the phone at 231-941-8082 or online at cityoperahouse.org.

For more information on the Traverse City National Writers Series, including the complete 2011 lineup and ticket information, visit nationalwritersseries.org.