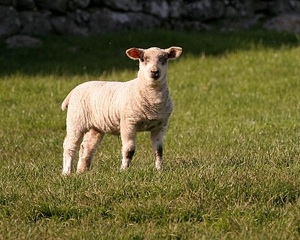 Trattoria Stella, a Traverse City restaurant, set new standards for restaurants using local foods when it opened its doors in the new community at the Village at Grand Traverse Commons six years ago. At first, Stella used three farms for local produce and occasionally used local sources for rabbit or fish. Now, up to 90 percent of its produce comes from 30 to 40 local farms, and it recently launched a new plan to source more local protein: using the “whole animal” raised from northern and central Michigan farms. MyNorth talked with Stella’s Executive Chef Myles Anton, a recent James Beard Award semi-finalist, about his newfound passion for whole animal butchery.

MyNorth: How did this whole animal idea begin?

Myles Anton: I had this idea to expand our use of local foods. I started pushing for more local proteins, and utilizing every part of the animal. I liked the idea of the challenge: taking that pig and using the whole thing. It’s been really enlightening for me, because these two little tenderloins coming out of this animal – the primo cuts? –  there are literally days in the summer in this restaurant where I can go through 30 to 40 of these  pieces. It blew my mind to see how many animals I can go through just for these two pieces. Now I am realizing: I can use the entire animal. It’s the next stage of respect for these animals.

MyNorth: So, when we eat just tenderloins or other prime cuts from an animal, the rest of the animal is being thrown out?

Myles Anton: It’s not that it’s getting wasted so much. It’s that it’s not being appreciated, in my view, or used in restaurants. It’s being used for other things.

MyNorth: Because people don’t want to eat the rest of the animal because it seems too gross?

Myles Anton: It’s a matter of attitude. For instance: I actually have the pig head on the menu right now.

Myles Anton:  Look, I don’t want to get too gross, but basically, I butcher all the meat and skin off the head, and then I braise it or slow cook it, so it’s basically mushy. And then I mush it up and roll it up, and it has so much gelatin in it, that when you cool it in log form, you can actually slice it. Then I bread crumb it and deep fry it.  And it’s the essence of pork. It’s really rich and it’s really, really good.

MyNorth: How did you find out about this recipe?

Myles Anton: I saw it in New York. But they also do this in Italy and in France. It’s basically almost like a head cheese that’s not cured, with a crunchy deep fry on the outside.

MyNorth:  Do you call it “Pig’s Head” on the menu?

Myles Anton: No. I call it “Testa” which means head in Italian.

Myles Anton: Yes, I do it in a similar way.

MyNorth: And you call it “Pig’s Feet”?

MyNorth: Do you use… how do I say this … EVERYTHING?

Myles Anton: I don’t get intestines. I get the organs, the head and the brain. I actually sautée the brain with onions and I put it in little tortellonis.

MyNorth:  OK, so what about … eyeballs? Sex organs?

Myles Anton: No … balls. And I don’t get eyeballs. But I get kidneys, liver and heart.

MyNorth: Where do you get the animals?

Myles Anton: I’d like to do a shout out. Basically, I had this idea that I wanted to do this whole animal thing this winter. And then Cherry Capitol Foods—which supplies local produce to restaurants—they had a class called “Pigstock” to teach local chefs about butchering.  I was like, “Wow! This is perfect. That’s what I want to do at the restaurant  this winter.”  It was a three-day seminar this November. We went to a farm in Marion, which is where I got my first pig. We actually slaughtered the pig ourselves and cleaned them and processed them and learned how to do all these things with them. That kind of got me going. It was perfect timing. My first pig was a Mangalitsa heritage pig from that farm in Marion.  The pig I got this past week: it was a different pig, a cross breed of Duroc and Yorkshire from Land of Goshen farms in Kaleva, near Arcadia in Benzie County.

MyNorth:  When customers walk into your Traverse City restaurant, are they made aware you’re doing this whole animal thing?

Myles Anton:  On the menu, anything locally produced or made is always listed. But now it says “Whole  Mangalitsa pig from Baker’s Green Acres Farm”   or  “Whole Suffolk lamb from JRJ in Marion south of Cadillac.”  And then it says under Land of Goshen Farm: “Whole Duroc Yorkshire Pig”. What’s really cool and what I really love about this already: I used to get these nondescript packages of meat. I didn’t know where it was from … maybe Texas? … I don’t know. I didn’t know what kind of pig it was from. Now, I know exactly the breeds of these pigs.  I can see the subtle differences in the fat content and how the muscles line up. It’s blowing my mind. I love it.

MyNorth: So be honest: Do people really like this, especially the pig’s head?  Do customers understand what you’re doing?

Myles Anton: Most people do. But I admit: some people are grossed out. But I’d say 90 percent of the people, even if they’re grossed out, say “Wow, that’s really cool.” And they respect what I’m trying to do.

MyNorth:  What’s some of the weirdest stuff you’re doing?

Myles Anton: Well, I scrambled the pig brains with eggs and truffle oil, and we sold those to some very adventurous guests. However, someone who’s intrigued by this doesn’t have to get a giant plate. I’m offering five dollar tastes to people so they can try it. That takes away some of the fear.

MyNorth:  What’s next as you continue to explore whole animal butchery?

Myles Anton: This past week, I took my second whole pig, a different breed from a different farm. This week, I’m taking two lambs. I am going to be serving tortelloni made with lamb brains. I haven’t served that yet. I’ll let you know how it goes. What’s amazing is that basically only 23 percent of the animal gets ground up. I am using almost every single part of the animal. I’m even rendering the fat and we’re using it in other dishes. I have a desert—a lemon bar—in which I’m using the rendered lard for the crust.  Pig lard makes the best pastry crust!

MyNorth: So you really do use the whole animal, even in desserts!

Myles Anton: Yes, and it feels so good. It took me five hours to break down the new pig I got last week. When I’m done, I literally have a pile of bones, which I make stock out of for soup. And then I have a pile of meat, which I’ll grind to make meatballs. And then I’ve got a bunch of fat I render down to make lard. Out of this 275 pound pig, there are probably only 4 or 5 pounds of skin left at the end of the day, and that’s the only part I don’t use.

MyNorth: Will you continue with this use of the whole animal?

Myles Anton: Yes. How I think it’s going to work out is it’s gonna be one to two pigs a month and two to four lambs a month. I’m still trying to figure it out. But people love it. It’s going over really well.