Iron River vs. Prohibition: The Nation Watched During this Yooper Wine Rebellion 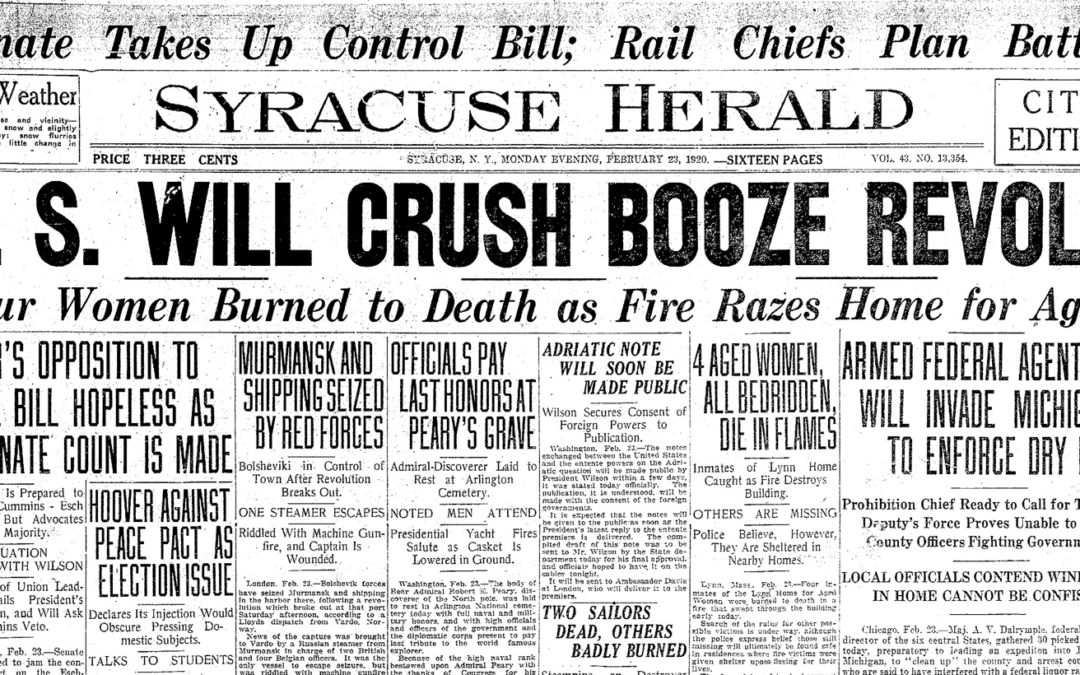 One month into the National Prohibition Act, federal agents packing 600 rounds of ammunition descended upon the Upper Peninsula mining community of Iron River to seize eight barrels of red wine. National headlines declared Iron River was defying the U.S. government with its “liquor” production. As the drama played out for 14 days, this remote Michigan city captivated the nation.

This story was featured in the January 2011 issue of Traverse, Northern Michigan’s Magazine. Subscribe for more Up North classics.

In the early decades of the 1900s, Iron River was a full-tilt iron mining town, and the promise of jobs had, since 1851 when iron was discovered there, attracted hundreds of Italian miners. By the time Prohibition passed in 1920, a strong Italian community, along with its heritage of home winemaking, thrived here not far from America’s northern rim.

Iron River merchant John Scalcucci, and his brothers Stephen and Joseph, owned a grocery store that catered to Italian miners and their families. The three-story building, which John bought in 1914, had a basement that stored the family’s grape press and wine barrels and a third-floor apartment. From the first floor, the Scalcucci family sold staples like bread, cheese and their homemade Chianti-style wine.

Miners often swung by the grocery store for food and drinks for the workday. Wine was often the beverage of choice, since miners knew the quality of the wine, though not the quality of the water during this era before public water systems. The Scalcucci wine, referred to at the time as Dago Red, was likely made with zinfandel or Alicante Bouschet, a vinifera grape commonly used for wine. Though wild grapes flourished in the region, the Scalcuccis relied on grapes shipped in by rail from California. 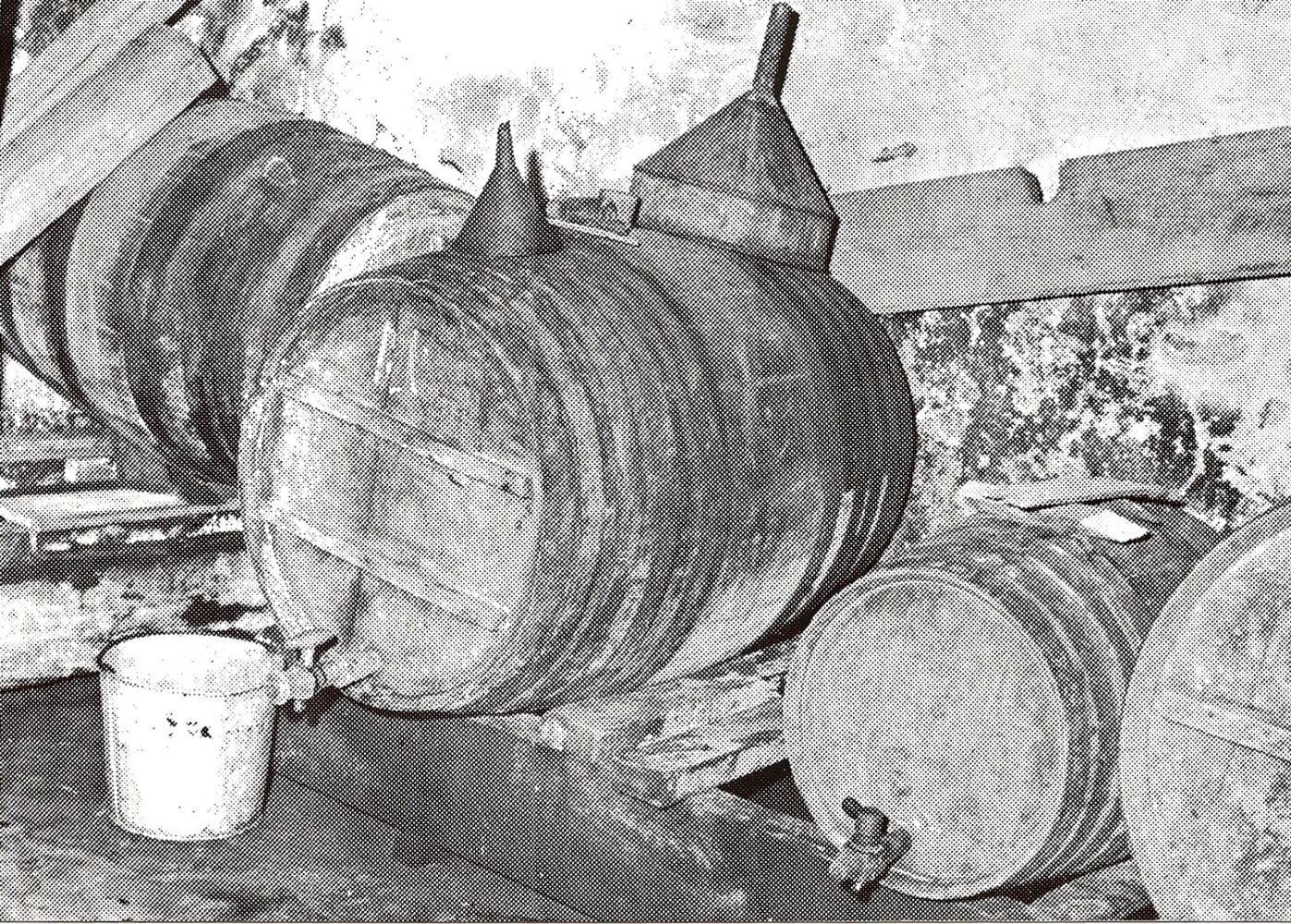 When the National Prohibition Act, also called the Volstead Act, passed on January 16, 1920, it did not deter the Scalcucci family from making wine. The brothers knew they could legally produce wine through a loophole in the Volstead Act, which allowed a person to make “non-intoxicating cider and fruit juice exclusively for home use,” as long as it was not sold or delivered except to “persons having permits to manufacture vinegar.” Initially, this section did not clearly define “intoxicating” or “fruit juices.” Later revisions limited alcohol content to five percent and overall production to 200 gallons a year.

The third-floor residence above the grocery store fulfilled the “in home” wine production criteria for the Scalcuccis. However, when an over-abundance of grapes arrived about that time by rail, the brothers decided to crush a significant amount into wine before the grapes rotted on their store shelves. The resulting wine was the crux of the federal raid in Iron River.

Michigan state constabulary officers (precursor to the Michigan State Police) learned of the copious wine and raided the Scalcucci grocery store on February 14, 1920, seizing eight and a half barrels of red wine, roughly 400 gallons. However, State Attorney Martin McDonough demanded that the officers return the wine to the Scalcuccis since the officers did not present an authorized warrant and thus violated due process.

Once again McDonough demanded that the wine be returned to the Scalcuccis after Grove failed to present a warrant. The state attorney then told the brothers, “If federal authorities attempt to remove the wine again, open fire on them.” McDonough’s defiance to concede that the Scalcuccis broke the new prohibition law prompted Grove to contact Chicago-based Major A. V. Dalrymple, chief prohibition enforcement officer for the central western states. Grove informed Dalrymple of the revolt in Iron River. The major requested a search warrant from Marquette-based federal prohibition commissioner H. B. Hatch for a third raid on Iron River. Hatch promptly directed him to District Attorney Myron Walker, who felt the facts of the case empowered the agents to raid without a warrant.

The zealous major proclaimed, “Iron County is in open rebellion against prohibition!” He raced to Iron River via the railroad to arrest State Attorney McDonough and the Scalcucci brothers, as well as the chief of police and deputy sheriffs—all of whom Dalrymple felt were in rebellion against the United States and its Prohibition laws.

That same morning, on February 23, news of the impending raid and the major’s plans to make arrests were broadcast across the United States. Though wine was the target of the raids, headlines proclaimed, “Whisky Rebellion; U.S. Defied in Michigan” and “Rum Rebellion Turns to Panic Before U.S. Ire.” Such reports also convinced some frightened locals to dump thousands of gallons of wine, while others salvaged thousands more gallons by hauling it off by ox-sled and automobile to forests and mine shafts. 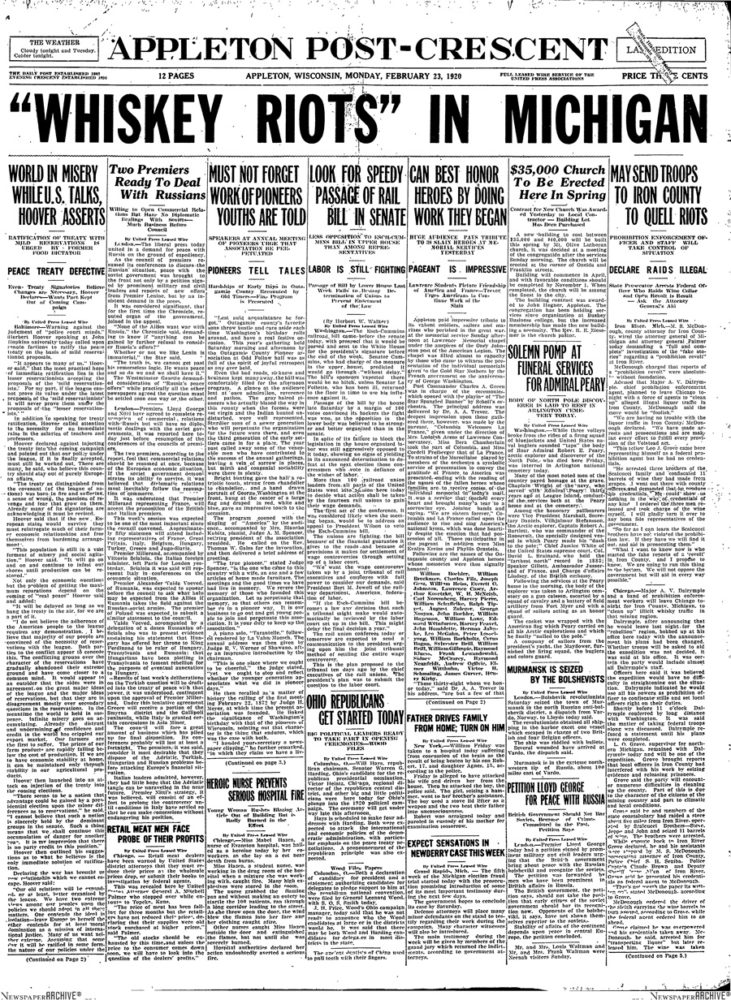 Stories of the raid that took place on February 24 vary. Some report Major Dalrymple and state officers arrived by sled from Negaunee in the midst of a blizzard. Others recall the invading force arriving by train. Either way, when Dalrymple landed, McDonough greeted him and prepared to serve a warrant for his arrest for “publications of false and malicious stories” about McDonough and Iron County. The major conceded for the moment and retired to the Iron Inn for the evening.

In the meantime, reporters interviewed McDonough, who unequivocally supported the Scalcucci brothers and the region’s miners, stating, “These foreigners always have their grape presses and their homemade wine. They drink this in preference to water. They carry it to their work in their dinner pails, and they won’t work without it.”

The next morning, on February 25, Dalrymple and his men packed 600 rounds of ammunition to raid the basement of a priest’s home where McDonough had moved the Scalcucci wine for safekeeping. The marshals rolled the barrels out into the alley between St. Agnes Church and the local school, broke open the barrels and dumped the wine on the snow. The agents then encouraged the swarm of newspaper reporters, who had flocked to Iron River, to take photographs of the United States government taking Prohibition seriously.

Many Chicago newspapers, including the Chicago Tribune, Chicago Daily News, Chicago Daily Journal and Chicago Herald and Examiner captured the event in headlines and photographs.

Reporters paid school kids 25 cents to throw hoops and barrel staves around. Most notably, a reporter for the Pathé News gave 50 cents to a student named Necktie Sensiba to scoop up the wine-flavored, pink snow and eat it like a snow cone. This image was subsequently shown on silent newsreels throughout the nation. Not long after, snow cone makers touted “flavored” shaved ice. Perhaps influenced by the Iron River rebellion? 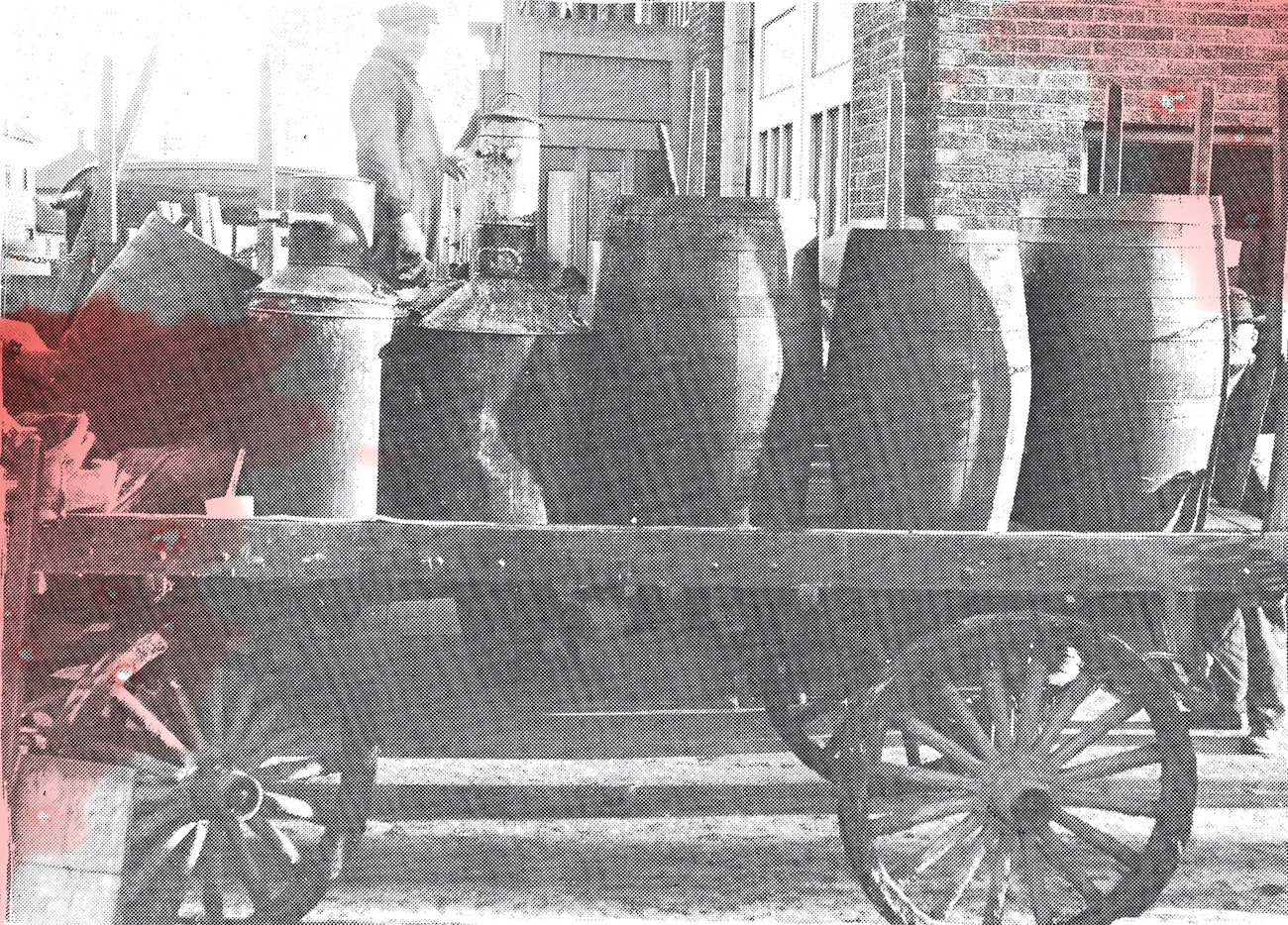 A ceasefire was reached on February 25 after the national Prohibition commissioner ordered Dalrymple via telegraph to compromise with the state attorney. The debacle had created a major rift between the department of justice and department of internal revenue. Dalrymple returned to Chicago the following day and within the year resigned from his post.

Nationwide reports showcased McDonough’s heroic defiance and stand in the rebellion. On February 28, Michigan dropped its investigation into the Iron River Rebellion, and McDonough was hailed a hero. The Chicago Tribune reported, “And tonight the old ‘home brew’ is being dug up again from its hiding places in the hill.”

Several years later, it was obvious to most that Prohibition was a complete failure. On February 20, 1933, Congress proposed the 21st Amendment to repeal the national ban on alcohol. Michigan was the first state to ratify the proposed amendment. The Repeal of Prohibition was official in December when Utah became the 36th state to ratify the proposal. Alcohol consumption and production were legal in Iron River again after 13 years.

Research assistance by the Iron County Historical Museum and the Iron County Chamber of Commerce. Sharon Kegerreis and Lorri Hathaway are authors of “The History of Michigan Wines: 150 Year of Winemaking along the Great Lakes” and “From the Vine: Exploring Michigan Wineries.”