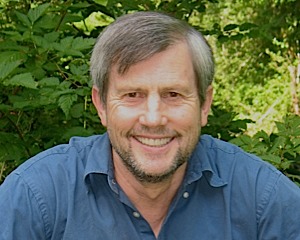 "An Evening with Karl Marlantes with Featured Guest Host Philip Caputo," a Traverse City National Writers Series event, will take place this Friday, November 12 at the City Opera House in Traverse City. Doors open at 6 p.m.; this engaging Northern Michigan event begins at 7 p.m. Tickets are $15 (general admission) and are available at the City Opera House in Traverse City or online at cityoperahouse.org. Student and veteran admission is just $5. A post-event reception and book signing with the authors is included in the ticket price. For more information, visit nationalwritersseries.org.

Rhodes scholar and graduate of Yale University, Karl Marlantes served as a Marine in Vietnam, where he was awarded the Navy Cross, the Bronze Star, two Navy Commendation Medals for valor, two Purple Hearts and ten air medals. Upon returning home, Marlantes set out to write an epic war novel to capture his combat experiences. Thirty years later, in 2010—after decades of setbacks, roadblocks and agent rejection notes—Matterhorn exploded onto the publishing scene, earning rave critical reviews and debuting at number seven on the New York Times best-seller list.

MyNorth spoke with Karl Marlantes about his long road to success, the unique role women played in getting a decidedly male-centered combat novel published, and the parallels he sees between Vietnam and current events in Afghanistan today:

MyNorth: Matterhorn took thirty years to become a reality, due largely to the fact that publishers refused to touch it. What was the agent feedback you received over the years on why they considered it to be unpublishable?

Karl Marlantes: The feedback I received can be categorized by decades. In the ’70s, they told me no one wanted to read about Vietnam. It was an unpopular subject; people just wanted to forget about it. They (the agents) said, "We can’t sell this." So what I did – basically every eight or nine years I’d make a run at it. I’d send it out, get rejected, go back and lick my wounds, then try again in another decade. The second time around, in the ’80s, they told me, "Hollywood’s already done it." By then we had Full Metal Jacket, Apocalypse Now and Platoon. So once again, the answer was: "We can’t sell it."

By the ’90s, Vietnam was old news. I was told, "If you could recast this in the Gulf War, maybe we could sell it." I joke that by this time I was grateful to Microsoft for inventing search-and-replace in Word, because I could just replace "jungle" with "desert" and update the manuscript. (laughs) Then in the aughts, no one was interested in Vietnam anymore. I realized I had written a historical novel in my own lifetime. By then they were suggesting I move it to to Afghanistan. After all – "There are mountains there, too."

It’s a difficult marriage, commerce and literature. I have to feed my kids and straighten their teeth, and so do they (the agents). They have to make judgments on if something can sell. And who knows – they might have been right. It might not have sold back then. I think all writers have to go through this process to some extent.

MyNorth: How did Matterhorn finally find a home at El León and then Grove Atlantic?

Karl Marlantes: El León is totally interested in literature. They exist with the purpose of getting grants for literature so they can produce a small run—in my case, 1200 copies—so the author has a chance of breaking into a more commercial market. A friend was reading my manuscript, and a friend of his was Tom Farber, who started El León. My friend mentioned Matterhorn to Tom, who told him—reluctantly I’m sure—to send it to his senior editor, Kit Duane. I thought it was crazy—this is a book about Marines in Vietnam, a war setting, and you want me to send it to a woman in Berkeley, California? But Kit loved the book.

At the same time, my wife had the idea of entering it into a Barnes & Noble first novel contest. I’ve said this before, but it’s true—it was women all along the line that rescued this war book from obscurity. They pushed it up the line to the top at Barnes & Noble, who were going to make it a Discover Great New Writers pick. But they knew if they did it would overwhelm El León—1200 copies wouldn’t be enough. There’s probably more Barnes & Noble stores than that. So they took it to the New York publishers, and Grove Atlantic jumped right on it. They became a co-publisher with El León.

MyNorth: Did you consider giving up on the project at any point? If you were passionate about writing, I’m sure you had ideas for other books along the way.

Karl Marlantes: Of course! Honestly, there would be times I’d go out for long walks talking to myself: "If you don’t think you have talent, you’re crazy. You’re spending time on something that’s never going to go anywhere." I’d read books by other writers and go, "Well, I think I can write as well as this." So I kept hanging in there. I did work on other things on the side. I wrote a whole nonfiction book about the parts of combat we don’t talk about in our society—the psychological, spiritual and ethical aspects of war. No one was interested in that one, either. But now since Matterhorn came out, I sold that two weeks ago to Grove Atlantic. That one only took me 15 years to publish. I’m improving. (laughs)

MyNorth: When you first began writing Matterhorn, Vietnam was still fresh in the public mind. Thirty years later, the political and social landscape has changed. Is the novel solely a retrospective of Vietnam, or does it speak to current events as well?

Karl Marlantes: I think the parallels between Afghanistan and Vietnam are overwhelming. I can run down the list. The enemy can run across the border, and we can’t follow them. We stick out like sore thumbs; they hide amongst the people. We have rules of engagement that are very strict; they have no rules. We’re supporting a corrupt government. We’re entering into a culture we have no clue about. We put ourselves in a horrible position in Afghanistan—if we get out now, we’re going to abandon our allies to a horrible fate. Which is exactly what we did to the South Vietnamese people. We backed ourselves into a corner. The worse part is, it’s a self-inflicted wound; we did this to ourselves. How do you pull out? When will they ever learn?

Don’t get me wrong. I’m no pacifist. It’s hard to be a Marine and be a pacifist. We should have gone after Osama Bin Ladin, absolutely. But he wasn’t there. Now what? I wish we would’ve remembered Vietnam.

MyNorth: How did you get involved with Doug Stanton, and consequently this upcoming event with the National Writers Series?

Karl Marlantes: Doug read the book and liked it. He’d written a wonderful blurb for it. He set up the event through my agent. And of course, I read his book too—Horse Soldiers. He’s a great writer.

MyNorth: Philip Caputo—who wrote another pivotal Vietnam book, A Rumor of War—will be interviewing you Friday night. What is your impression of him?

Karl Marlantes: I don’t know Phil, but I’ve talked to him on the phone. I read his book when it first came out. I was very impressed with it. He and I have enormously similar backgrounds – we were both Marines in Vietnam. And it’s true what they say; it really is a fraternity. Once a Marine, always a Marine.

MyNorth: It’s interesting that agents were telling you Matterhorn wouldn’t work in the ’70s, and yet A Rumor of War was published and successful then.

Karl Marlantes: Phil’s book was nonfiction. Everyone pretty much agrees nonfiction sells better than fiction. Also, I think it’s something like 80 percent of the fiction market is women. That’s one reason they thought it wasn’t going to sell very well.

MyNorth: Well, it’s true that war isn’t a subject that traditionally appeals to women. Yet from a female perspective, when you dive into this book, it’s fascinating. What has the reaction been like from female versus male readers?

Karl Marlantes: Exactly what you said. Women will say, "Wow, I had no idea. I’ve never read a book like this before. It’s not my go-to." But that’s what’s great about fiction. You can get into other people’s skins and see the world outside your own perspective. I remember when I was about 30, I read "Delta Wedding" by Eudora Welty. It’s about a woman who’s putting on a wedding in the Mississippi Delta in the 1920s. At one point, she’s worried about these shepherdess cooks getting to the wedding on time. I could not understand why this was a big deal. It seemed so trivial. But by the end of the book, I was going "Where are the shepherdess cooks?!" Because I was seeing the wedding from the character’s eyes. I understood her.

What (Matterhorn) has done has humanized this experience. If you want to distance yourself from somebody, you give them a name: The Japs. The Yankees. Et cetera. We do that with our own soldiers. We call them "the Marines." "The troops." I call them kids. Because that’s what they are! This is about a bunch of 19-year-olds trying to grow up under very tough circumstances. They’re the best weapons our military can find, and unfortunately, we waste them.

MyNorth: Why do you say they’re our best weapons?

Karl Marlantes: For one, they have 30 times the normal testosterone going through their bodies. Also, they don’t ask questions. There is a part of the cortex that deals with judgment and planning that doesn’t fully develop until you’re about 22. That’s why the age of decision for so long has been 21. You tell a 19-year-old that you’re going to run up a hill and take it, and they go "Yeah!" You tell a 35-year-old that, and they go, "Well, wait Lieutenant. What if we do this instead? What if we send in the Air Force to bomb for a few days first?" There’s a big difference. It’s just one of the great sadnesses of life that our best weapon is children.

MyNorth: You mentioned you sold your next book to Grove Atlantic. When does that came out? And do you have any other projects in the works?

Karl Marlantes: The Grove Atlantic book will probably be out in a year, year-and-a-half. It has to go through editing and production first. Right now I’m mostly doing interviews and touring on the road, but I do have a fiction book in the works. The protagonist is a woman who’s a labor union organizer in a logging camp at the turn of the century. It’s about the collective versus the individual – what’s the right balance? So that will be next.