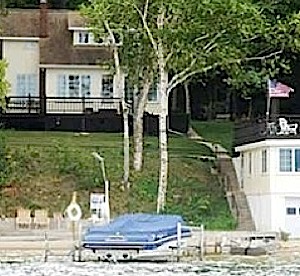 The Traverse Area Association of REALTORS® is reporting a sign of recovery in the Traverse City real estate market when comparing cash sales from 2009 to 2010. The engines driving this Northern Michigan real estate improvement were second home sales and purchases of waterfront property.

The years 2007 to 2009 were not particularly kind to the waterfront and second home market anywhere. The Traverse region of the northwest corner of Michigan’s Lower Peninsula was no exception. Long a sought after area for waterfront and second home activity there was a serious decline in this market segment as the economy continued to deteriorate.

Then in mid 2010 this particular market demographic shifted toward an increase in activity driven mostly by a series of events. Buyers who had been watching the market anticipating the bottom began to realize that the recession, while officially over in 2009 had begun to turn around, albeit weakly. Noting this change and relating it to the bottom of the housing market buyers started to quietly return while the pricing adjustments made to real estate throughout the region were still down.

Buyers with cash or some cash and excellent credit were able to take advantage of historically low interest rates. Interest rates unseen since the Herbert Hoover administration (1929-1933) were likely a large incentive for this rekindled interest in waterfront and second home properties especially when affixed to 30-year fixed rate mortgages.

In the summer of 2010 the Traverse Area Association of REALTORS® statistical analysis showed that while number of residential units sold was slightly down over the previous year, the dollar volume was up significantly. In 2009 a large part of the activity recorded in home sales was attributable to the first time homebuyer market. Yet as the pricing strata were analyzed in the same period (June 1 to August 31) for 2010 it was noted that there had been significant activity in the $500,000-to-$749,000 price range.

Further investigation inside these pricing strata would seem to indicate that waterfront homes had begun to move again in the second quartile of 2010 as cash-ready and qualified buyers had begun to take advantage of the regional housing market corrections.

Yet not all of the increase in activity was attributable to waterfront properties, as some of the housing stock began to be absorbed by buyers willing to invest in second homes in the area, most likely as a way to take advantage of these opportunities in an effort to lock down a retirement location. The Traverse region has been cited several times over the last few years as a retirement hot spot for young retirees 55 to 62 years of age.

Inquiries made of REALTOR® members have indicated that some buyers are in the midst of planning for their retirement or have been forced into retirement by circumstances in the job market. Many of these buyers are from areas within several hours’ drive of the region and are familiar with the natural beauty of the area.

Many of these new buyers are especially savvy of the medical facilities, arts and cultural activities, outdoor sport options, culinary reputation and other amenities of the area. These lifestyle enhancements are helping to attract attention to the region and the local housing stock. Increases in web based traffic from outside the region on the REALTOR® associations website is evidence of this interest.

While inventories of various levels of housing stock have eroded somewhat over the first two quarters of 2010, there still exists a considerable selection throughout the five county region. As the market pricing improves there will likely be some new properties added to the inventory by sellers who have been waiting out the economic tempest. Yet buyers interested in waiting to see what may become available or if pricing may further be reduced could also find that interest rates have escalated, thereby creating an offset in perceived value by the consumer.

Many times the mere mention of waterfront or second home property conjures up visions of large houses positioned on large stretches of bay front beach. Yet in this geographically gifted region this is not the case. Beautiful settings and waterfront access can be manifest along the plethora of rivers and streams that crisscross the five counties of the Grand Traverse region.

Dotted among all of these counties are dozens of inland lakes, some quite sizeable and all quite beautiful. Many of these lakes are all-sports lakes that have been family retreats for over 150 years. Many of the rivers and streams are ideal for kayaking, canoeing and fishing. In fact several of these streams and rivers are rated as blue ribbon trout streams and are highly prized by fishing aficionados throughout the country and around the world.

In fact as foreign currency gained strength over the dollar during this period of economic hardship there has been an influx of foreign nationals with an interest in the regional real estate market. Often cash buyers, these global customers are leveraging their buying power and the lower market pricing to acquire real estate throughout Northern Lower Michigan and the Upper Peninsula.

Second-home buyers are interested in either being on the water or within striking distance of it. In our five counties this is not difficult as there is an incredible amount of shoreline and an almost incalculable number of public access points to our bay, Lake Michigan, inland lakes and the watersheds that create them.