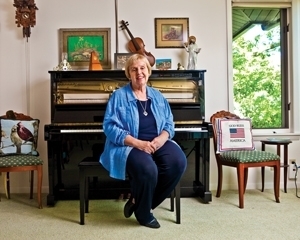 A Six-Point Synopsis of What Needs to Be Done:

1.    Elect by Districta.    Would achieve more diversity, independence, and less Power Blocksb.    Bills currently out there and you can urge your legislators to vote for this!

3.    End lack of rotation in officea.    One 8-16 year Term
b.    Non-reelectable and Non-reappointablec.    End Incumbency designation

Here for your review and action, are proposals for reform that will:

•    begin to eliminate secrecy and provide checks and balances in Michigan’s dual system of selecting Justices, where the Governor has unchecked power to appoint Justices to fill vacancies on the Court and the political parties nominate the candidates for election to the Court;

•    begin to eliminate the formation of power blocs on the Michigan Supreme Court—power blocs which through the exercise of judicial activism—conservative or liberal—promote special interest agendas, personal agendas, and agendas of prejudice and bias;

•    provide for rotation in office and establish checks and balances for the Supreme Court, which are necessary to prevent misuse and abuse of the Supreme Court’s great power and to preserve our government “of, by, and for the people;” and

•    open the way for the creation of a Michigan Supreme Court composed of Justices who possess the traits that every judge should have: Independence, Self-Restraint, Discipline, and Common Sense, and are Just, Fair, Orderly, and Professional—Justices thus deserving of the public’s trust and confidence.

In Michigan’s dual system, Michigan Supreme Court Justices are either elected by the citizens to a full 8-year term or appointed by the Governor to fill a vacant term to the next general election; then run for election with an incumbency designation on the ballot for the remainder of the term.

I.    Reform of Election of JusticesA.    No political party nomination—Get on ballot by petition like all other judges.
B.    Election by district—7 districts—1 Justice per district.
C.    Public Funding—Use tax check-off money designated for Governor campaigns for Justice campaigns.D.    One (1) term of eight (8) years; Justice never eligible for reelection or appointment.

•    Sixty (60) Day Period to Act: Qualifications Commission must submit its recommended candidates to the Governor within 60 days from the date of the vacancy or lose its right to do so.

•    If the Governor chooses someone not recommended by the Qualifications Commission, the Governor must give public, written reasons why that appointee is the best choice on or before submitting appointee’s name to the Senate.

•    If Senate does not vote to confirm or reject the appointee within sixty (60) days of the Governor’s submission of appointee, the Governor’s appointment takes effect.

•    If the Senate rejects the appointee by majority vote, the Senate must publish promptly its reasons in writing whereupon the Qualifications Commission will have thirty (30) days to reconvene and start the process over. If the Qualifications Commission fails to timely reconvene, the vacancy shall be filled t the next general election for the remainder of the term.