The Curtain Closes on the 2010 Traverse City Film Festival 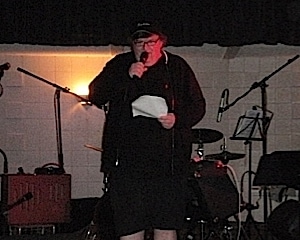 The 2010 Traverse City Film Festival closed in style last night with a party at the Park Place Dome in Traverse City, where Michael Moore announced the film festival winners. The festival opened Tuesday with an outdoor party that sprawled down Front Street—closed to traffic for the occasion. Over the course of six days, the festival sold a record-breaking 105,000 tickets, drew thousands of filmgoers to Traverse City, showed 142 nonfiction, fiction and documentary films and amped receipts in shops and restaurants in downtown Traverse City. A few of the many highlights included a Skype session between Michael Moore and Daniel Ellsberg, subject of the award-winning documentary The Most Dangerous Man in America, presentations by a group of Cuban filmmakers, and Mike’s Surprise: a documentary by a Brigham Young University student about Moore’s visit to the campus during the 2004 presidential campaign. As always, the focus of the festival was on "Just Great Films" and by all accounts, 2010 festival delivered.