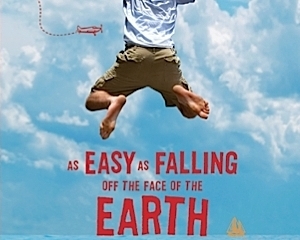 1. 1001 Beers You Must Taste Before You Die, Adrian Tierney Jones, 2010. Included are some favorite Michigan beers—selections from Jolly Pumpkin and Bell’s.—Traverse Editors.

2. An American Map, AnneMarie Oomen, 2010. One of our favorite essayists hits the road and brings back a winner.—Traverse Editors

3. As Easy As Falling Off the Face of the Earth, Lynne Rae Perkins, 2010. Leelanau County author and Newbery Medal winner Lynne Rae Perkins writes a quirky and fun book aimed at young adults, but everyone will enjoy.—Horizon Books

4. As If We Were Prey, Michael Delp, 2010. Delp, an Interlochen Arts Academy instructor, captures men and
Northern Michigan in their native states in these short stories.—Traverse Editors.

11. Freshwater Boys, Adam Schuitema, 2010. Short stories of growing up and growing old at the lake.—Saturn Booksellers

15. The English Major, Jim Harrison, 2008. A sixty-something protagonist, divorced and robbed of his farm by a late-blooming real estate shark of an ex-wife, on a road trip across America.—Traverse Editors

16. Measures of the Heart, Mary Ellen Geist, 2008. Memoir of dealing with her father’s Alzheimer’s. Geist is a Traverse
contributor.—Traverse Editors

18. The Changing Environment of Northern Michigan, 2010. A must-have for eco-geeks, by scientists at the University of Michigan Biological Station.—Traverse Editors

19. The Hanging Tree, Brian Gruley, 2010. Gracie McBride is found swinging from a shoe tree, Gruley’s sequel to Starvation Lake, will pull on your heart and quicken its pace!—Mclean & Eakin

20. Up North at the Cabin, Marsha Wilson Call (Lothrop, Lee and Shepard Books, 1992) This picture book reminds us why we all love Up North.—Saturn Book Store

21. Nick Adams, Ernest Hemingway, 1972 If you haven’t yet—read the stories. (Buy the book then hop in the car and take the Hemingway Tour to visit locations that appear in the book.)—Traverse Editors

24. The Tale of Halcyon Crane, Wendy Webb, 2010. A daughter travels to an island in the Great Lakes where her dead
mother once lived. Webb is editor-in-chief of Duluth Superior Magazine.—Horizon Books

27. Season of Water and Ice, Donald Lystra, 2009. Compelling coming of age novel set in the Northwoods in the 1950’s.
Lystra summers in Leelanau.—The Cottage Book Shop

30. The Good Soldiers, David Finkel, 2009. Heart-wrenching true story of a battalion sent to Iraq as a part of the military surge.—Traverse Editors.