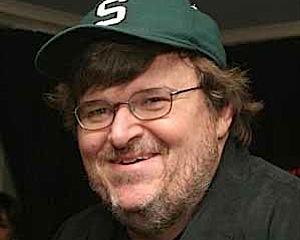 Michael Moore is launching the 6th season of the Traverse City Film Festival on July 27, 2010, running through August 1, 2010, having built the festival to be recognized amongst film festivals nationally and a premiere Michigan festival. CLICK HERE FOR THE COMPLETE LINE-UP OF THE 2010 TRAVERSE CITY FILM FESTIVAL. Here’s what Michael Moore has to say about this year’s Traverse City Film Festival:

"This year’s fest is a brazen, incendiary celebration of art — specifically, the art of cinema, cinema that is not afraid to take risks, to challenge the conventional wisdom, to move an audience so profoundly that everyone will feel transported to a place where it’s safe to think and explore and rebel. We remain dedicated to finding only the best films from around the world and bringing them to you here in the beautiful north country. We have more films than ever before, including some very special surprises:

A Tribute to The Beatles — We’ve lined up rare prints of “A Hard Day’s Night” and “Help!” plus a brand new feature based on The Beatles’ formative years as we remember the band on the 40th anniversary of their breakup.

A Salute to Cuban Film — We’re flying in movies and their makers from Cuba for this special spotlight on a country with a vibrant and mostly unknown (as least in America) film industry. CLICK HERE FOR THE LINE-UP FOR THE SALUTE TO CUBAN FILMS.

3D Comes to TC — But only for really great movies like the unconventionally hilarious “Cane Toads: The Conquest” and the mind-blowing concert doc “U2 3D.”

Short Films Get Their Due — This year we’re redoubling our efforts on the short film front to bring you seven diverse programs, including two special appearances by the most acclaimed, prominent filmmakers of the genre, Jon Alpert and Academy Award nominee Rory Kennedy.

Our Favorite Filmmakers Return — As part of a sizeable group of returning filmmakers, we will have two U.S. Premieres of foreign documentaries with the directors present: “Draquila– Italy Trembles” by our own TCFF board member Sabina Guzzanti and “Czech Peace” by the Eastern European mischief makers who were the hit of our first fest with “Czech Dream.”

New and Improved Film School — We’re doubling the number of Film School classes offered this year and relocating to a great venue, Northwestern Michigan College’s Scholars Hall. We’re even planning a master class with famed animator Bill Plympton, one of America’s all-time great artists, who has a short in this year’s festival.

TCFF Film Forum Series — You know how it is when you leave an awesome movie that has just rocked your socks and you say, “Man, I’d sure like to go somewhere and talk to others about what we just saw?” Well, now you can! Eight festival screenings this year will be part of a new Film Forum series. Chat with fellow festivalgoers at our free after-the-movie community discussions in our outdoor Film Lounge in Lay Park on Union St.

New Ticket System and Vouchers — We have a new ticketing system, and even though this is a transition year, we hope to vastly improve the ticketing experience. And we’re adding a voucher system, so if you don’t know what you want to see, or if you want to get into sold out shows in the standby line, buy a voucher at the regular ticket price, good for any regular film.

Lifetime Achievement Award — We will honor two of the most important leaders of the independent movie industry for the last 30 years, the co-presidents of Sony Pictures Classics, Tom Bernard and Michael Barker, the men who brought us “Waiting for Guffman,” “The Fog of War” and “Crouching Tiger, Hidden Dragon,” among many others. They’ll be here in person.

As you can see, we’ve really upped the ante this year and I’m convinced you are going to love this festival. There’s no doubt you will be frustrated by the inability to see everything. You’ve got some hard choices to make — but not really, because every film on this year’s schedule is truly fantastic. You could literally throw ten darts at the schedule to pick ten random films, and you couldn’t go wrong. So pack in as many movies as you can and enjoy this year’s festival."