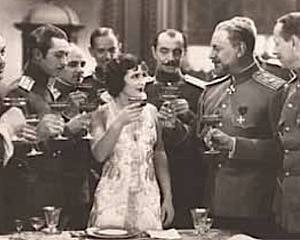 Below are the films scheduled for special screenings. CLICK HERE FOR THE COMPLETE LINE-UP FOR THE 2010 TRAVERSE CITY FILM FESTIVAL.

Cree filmmaker Neil Diamond takes us on a funny, fascinating trip through a century of Hollywood cinema to record and reflect on depictions of native people in film. Approaching the search with a playfully raised eyebrow, Diamond’s journey through a library of over four thousand films dealing with Native people and culture never rails against the fact that virtually all of them got it wrong. Instead, he captures celebrated Native and non-Native directors, writers, actors and activists, including Adam Beach, Chris Eyre, Clint Eastwood, Sacheen Littlefeather and Russell Means, looking at howthe myth of “the Injun” has influenced the world’s understanding, and misunderstanding, of Natives, and how the struggle to shape their own image continues. In Person: Director Neil Diamond, Chris Eyre

The second installment in Jeff Garlin’s (co-founder, Traverse City Comedy Festival) annual TCFF classic film series is William Wyler’s masterful portrait of a marriage in collapse. Walter Houston’s much younger wife, bored with married life, convinces him to sell his interest in the Revelation Motor Company and move away to Europe. As Houston tries to figure out what to do with the second half of his life, he makes mistakes, but figures it out. Sadly, his wife may not. Wyler makes no misteps in this perfectly realized and rarely seen dramatic gem. In Person: Jeff Garlin

We are proud to introduce the world famous Alloy Orchestra accompanying one of the greatest pictures of the silent area, Josef von Sternberg’s “The Last Command.” A down and out former Czarist general (Emil Jannings in a towering performance that earned him the first ever Best Actor Oscar) finds a small role in a Hollywood film, directed by a man he once imprisoned (William Powell, “The Thin Man”)! Purported to be based on a real life story as told by Ernst Lubitsch, this satire on the studio system, combined with von Sternberg’s stylized genius and a great performance by Jannings, is as sublime as the original film score by the Alloy Orchestra. “The Alloy Orchestra is the best in the world at accompanying silent films.”- Roger Ebert

What surprises does Mike have in store for us this year? Festival founder and president Michael Moore will show up with… a sneak preview of a big Hollywood movie? A buried treasure that the public hasn’t seen in years? A home movie? Nobody knows until the show begins, sometimes not even Mike. Whatever the two surprises are this year, only the curious and the brave should attend.