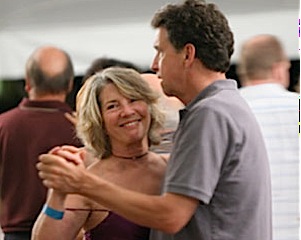 Tuesday night we welcome the world of film to Traverse City in a party the likes of which Traverse City has never seen. Front Street will be transformed into a world bazaar featuring food and music from around the world, with more than 20 generous restaurants, chefs and vendors offering delicious international cuisine, paired with delicious beer, vodka and wine provided by our generous neighbors. Tickets are $50. Friends of the Festival receive 50% off party tickets.

Mingle with the filmmakers, the board of the TCFF, other festival guests, and fellow film lovers in everyone’s favorite transformed parking lot. Food from 12 local restaurateur sponsors will delight your Friday night palette, paired perfectly with beverages from local vendors, vintners, distillers and distributors. Tickets are $25.

Come dance the festival away as we say goodbye to another fantastic festival at the Park Place Dome. Can we really make the dome seem like a starry Michigan evening? We’re certainly going to try. One thing is for sure —the food will be a local showcase of Michigan-made products from over 30 different restaurants and vendors. We will also feature wine, beer, vodka, and some great music. Festival feature and short film award winners and the Friends of the Film Festival Grand Prize Drawing winner will be announced, too. Tickets are $50. Friends of the Festival receive 50% off party tickets.

Can’t get enough? Head to Fire Fly after the closing night films and festivities to keep the party going.

Special "Thank You" Events to Supporters

The celebration continues on Monday as we honor the amazing, hardworking, talented, generous volunteers who make the festival possible! 20 local restaurant and vendor sponsors will treat our 1,200 volunteers to an American Picnic on the Bay.

This year, instead of the annual potluck party, we are excited to announce that we will be treating our Friends of the Film Festival and their families to an ice cream social by the Bay, with ice cream, frozen yogurt and toppings sponsored by Moomers Homemade Ice Cream, to thank them for their Friendship. We’ll even have free train rides for everyone (weather and equipment allowing).

The annual Founders Party for festival sponsors features a sneak preview of one of the festival’s best films at the Bay Theatre in Suttons Bay, followed by a reception at Ciccone Vineyards and Winery. It’s our small way of thanking the sponsors who fund the Traverse City Film Festival.