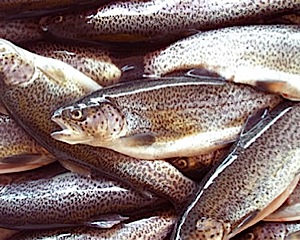 Sometimes you just have to get crazy. On June 8-9, Michigan United Conservation Clubs and Michigan Out-of-Doors Magazine will put the spotlight on Lake Michigan fishing with fish-a-thon for Michigan fishing to illustrate what is really at risk if we continue to allow invasive species into our waters, particularly the Asian Carp.

For months now, Michigan’s anglers have listened as just about everyone has talked about the threat of Asian carp invading the Great Lakes. There has, however, been far too little action. And even less of the discussion has focused on the impacts on anglers that can’t be measured in dollars and cents.

The event, which will take place during National Fishing Week, is designed to showcase the diversity of Michigan’s fishery and, more importantly, highlight the importance of fishing and the outdoor lifestyle that tens of thousands of Michigan residents cherish.

"I don’t fish for money. I don’t fish simply for food. I fish because it’s what I was born to do. The outdoors is not an economic stimulator to me or thousands of others like me," said Hansen. "Fishing is something we live for. It’s how we define who we are. I can’t imagine what my life would be like if I wasn’t able to hunt and fish. Asian carp and other invasive species are a direct threat to our way of life. And no one seems to be talking about that. We want to showcase what Michigan’s fishing heritage is all about."

The 30/30 Fish-A-Thon will be held in the Traverse City area and will include live video updates and a countdown of the species caught at MichiganOutofDoors.com/thirty_thirty. Social media such as special "30/30" Twitter and Facebook pages, along with MichiganOutofDoors.com, will allow viewers to follow the progress of the event in real time.

The event will also serve as a fundraiser and pledges are being accepted. Each pledge will be multiplied by the number of species that Hansen and Van Wormer (along with special on-the-water guests) catch during the event. So, for example, if someone pledges $5 and the goal of 30 species is reached, the final pledge total for that participant would be $150. The goal is to raise $15,000.

"This isn’t really about the money. MUCC will certainly put the funds to good use in our efforts to stop Asian carp and other invasive species and funding is definitely necessary to fight for our heritage. But the point is for the angling community to make a strong statement – and nothing does that better than generating a strong following for the event, gathering thousands of signatures for a letter to be sent to President Obama and meeting a fundraising goal that’s been set," Hansen said. "I think the anglers of this state care an awful lot about the resources that we enjoy. And we don’t care simply because it generates a lot of money for our state’s economy. That’s a great thing for sure. But we care because we love to fish and we won’t sit around and watch the things we love be taken from us."

During the event, special guests ranging from state legislators to notable fishing personalities will join the MUCC crew. In the days leading up to the event, there will be more special guests and statements about the importance of fishing in Michigan which will air exclusively on MichiganOutofDoors.com’s OD video channel.

The 30/30 Fish-A-Thon is just the next step in MUCC’s constant battle against invasive species. For years, MUCC has lobbied for stricter regulations on the discharge of ballast water for ocean-going vessels in the Great Lakes. Earlier this spring, MUCC representatives travelled to Washington D.C. to lobby the Federal government to close the locks on the Chicago canal to prevent the spread of Asian carp into Lake Michigan. At a series of sports shows last winter, MUCC along with affiliate club Metro West Steelheaders, gathered thousands of signatures for a letter that will be sent to President Obama urging him to protect the Great Lakes from Asian carp.

"We’re off to a good start with more than 6,000 signatures for our letter to President Obama. But that’s really just the tip of the iceberg," said Hansen. "We need many, many more signatures and we need to make a strong statement with our 30/30 event. There are nearly one million fishing licenses sold each year in Michigan. That’s a lot of voices and a lot of clout. We need everyone to join us in this fight and to show their support for our efforts to stop Asian carp and highlight our outdoors heritage.

"I’m proud to be an angler. And I think there are an awful lot of folks in this state who feel the same way. That’s what the Fish-A-Thon is all about. Is it a little crazy to fish for 30 hours straight and think that we can land 30 different species? Yeah, it probably is. But we also happen to think that it’s crazy to sit around and watch as Asian carp swim through an ineffective barrier into Lake Michigan."