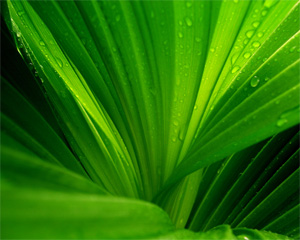 On your next spring hike, look (or sniff) around for Skunk Cabbage, one of spring’s first bloomers. Here are some cool facts about this little stinker:
Hot Pocket: Most plants wait for the snow to melt before shooting skyward. Not Skunk Cabbage. When this ambitious bloomer gets its first whiff of spring, it fires up a purple-y pod called a spathe, which burns a big hole right through the white stuff. What’s fueling its fire? Secreted inside the spathe is a small knob covered with tiny yellow flowers. For nearly two weeks in early spring, the flowers act like a furnace, amping up the temperature inside the plant pod—an average of 36 degrees higher than the outside air temperature—to draw pollinating insects inside.

Smell Ya Later: The skunk cabbage follows up its spring fever by unfurling big green leaves—some up to three feet long—in a spiraling rosette pattern. Despite its grand entrance, the awesome blossom doesn’t go out in a blaze of glory at summer’s end. The leaves decay, turning black and slimy in spots before disintegrating. Maybe that’s a good thing: The live leaves, when crushed, reek like rotting carrion.