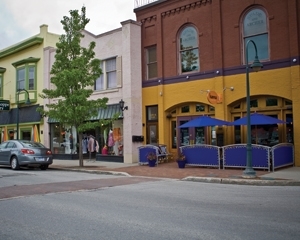 Downtown Traverse City restaurants have been attracting crowds with their quality and diversity, and come this summer there will be even more tasty options.

Bobbie See and Va Ku, owners of the popular Fusion restaurant in Frankfort, have announced they will open a second location on Front Street by mid-to-late summer. The restaurant will be open for lunch and dinner seven days a week and will feature modern Asian cuisine, plus a full bar. Sites being considered for the eatery include the former El Dorado space next to Captain’s Quarters and a second undisclosed space downtown. Local interior designer Shane Inman has been hired to oversee the retaurant’s interior.

Brothers Matt and Mark Davies are also setting up shop downtown. The duo is in the final stages of renovation on Union Cantina at 127 Union Street, set to open next month. The Tex-Mex style restaurant will have dishes available starting at under $10 all the way up to high-end entrees, such as seafood and steak. The duo currently owns Western Avenue Grill in Glen Arbor and Peninsula Grill on Old Mission Peninsula.

In addition, Matt Hunter will open a take-out lunch and sit-down dinner spot called The Soul Hole at 408 Union Street on April 1, and S’wich Craft Deli will launch a sandwich shop in April in the Regatta Building on Cass Street diagonal to the Old Town Playhouse. The two eateries won’t be the only changes coming to the Old Town district; Cafe Habana has closed to allow for the expansion of two neighboring restaurants, The Blue Tractor and The Shed. Plans for The Shed include pool tables, an expanded menu, and an indoor/outdoor beer garden. Owners hope to have the renovations completed by St. Patrick’s Day.

Click for a complete list of restaurants in Traverse City and in all of Northern Michigan.
X
X