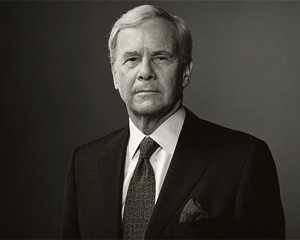 When Doug Stanton was growing up in Traverse City, he wondered if it’d be possible to bring nationally known writers to his hometown to talk about what they knew. This year, some of the brightest celebrities of the literary world will come to Traverse City.

The second-annual National Writers Series, held in downtown Traverse City, is dedicated to bringing to life great conversations with today’s best-selling authors, journalists, and premier storytellers in a lively setting. The guest list of literary celebs set to attend this year’s series include authors Tom Brokaw, Mary Karr (The Liar’s Club and Lit), James Bradley (Flags Of Our Fathers and Imperial Cruise), Walter Kirn (Lost in the Meritocracy and Up In The Air, upon which the 2009 Golden Globe-nominated George Clooney movie is based), chef and cookbook author Mario Batali, actor Woody Harrelson and many others.

Founded in 2009 by The New York Times best-selling author and Traverse City resident Doug Stanton, Traverse City attorney Grant Parsons, and Northern Express reporter Anne Stanton, the National Writers Series’ goal is to raise $50,000 in five years for aspiring writers to pursue writing in college.  "I’ve asked the best of the best in American letters to come to Traverse City and help us," says Stanton. The response to the year-round book festival has been fantastic, Stanton adds.

Tom Brokaw, Mario Batali, Woody Harrelson, Mary Karr, and other visiting writers are waiving their normal public-speaking fees to appear in the Traverse City National Writers Series. Proceeds will fund college scholarships for local high school writers. Through the series, each month a new author will appear in downtown Traverse City for an "up close and personal" evening of great food and entertaining discussion about literature and storytelling.

Fundraising for the 2010-2011 National Writers Series is underway. Information about the series, as it becomes available, will be posted on the series’ Facebook page at https://www.facebook.com/pages/Traverse-City-National-Writers-Series/172766266579.