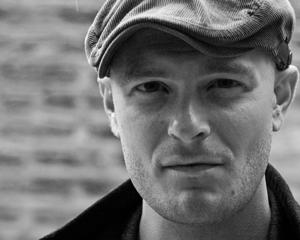 Rip-roaring comedian Mike Stanley is no stranger to the Midwest. As Detroit’s native son and Chicago’s favorite rising voice in comedy, Stanley is set to keep his Big 10 swagger rolling with a dual set of back-to-back Traverse City appearances, slated for January 29 and 30 at the InsideOut Gallery. The show is sponsored by Bound to be Heard Productions, with doors opening at 8 PM.

“True to its nature of bringing edgy, provocative, and challenging works of art to Traverse City’s downtown, the InsideOut Gallery will successfully kick off a promising 2010 with Mike Stanley’s performances,” said Jenn Price, founder and president of Bound to be Heard. “We could not be more thrilled to welcome Mike to Traverse City. What’s more, we can’t wait for two consecutive evenings of the off-the-wall hilarity and resounding wit that is Mike Stanley.”

As a comedian, Stanley has been praised for his unrelenting, sharply observant prose style, and an uncanny ability to embrace the dark side of conversational humor and mirthfulness. After relocating from Detroit to Chicago, Stanley has garnered a wide-array of awards and distinctions, including a 2005 first-place standing in Rochester, NY’s “Last Comic Still Standing” competition, and landing in the semi-finals of the 2008 Boston comedy festival. Additionally, Stanley scored in the top 10 on Comedy.com’s list of the best Chicago comedians.

“I’ve been really fortunate, thus far, to have enjoyed the success that has become me and my career for the past few years,” said Stanley. “For obvious reasons, I’m greatly looking forward to bringing my brand of comedy to Traverse City and the InsideOut Gallery. Come on out – we’re going to have a great time. You might not even need alcohol to appreciate it.”

Along with his unmissable, consistently excellent stage presence, Stanley has recently inked a deal with Stand Up! Records to develop a DVD of his show “Tough Luck, Chump!” Stanley also co-hosts the popular podcast Red Bar Radio, which in 2009 reached the number one slot on Podcast Alley.