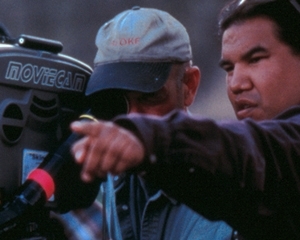 Chris Eyre, who recently directed the upcoming movie A Year in Mooring in Traverse City, has been called the pre-eminent Native American filmmaker of his time. A community college alumnus, his career was born at Oregon’s Mt. Hood Community College, where he majored in television production. According to his website, "It was here that he learned the basics of three-camera television and his desire to become a director was born."

Smoke Signals won the Audience Award at the 1998 Sundance Film Festival. Other films by Eyre include Skins and A Thousand Roads.

Eyre will follow the screening of Smoke Signals with a question and answer session. The event, open to the public, is scheduled for 7 p.m. Jan. 20 in Milliken Auditorium at the Dennos Museum Center on the campus of Northwestern Michigan College.