A Deer Camp Menu and Recipes Perfect All Winter Long 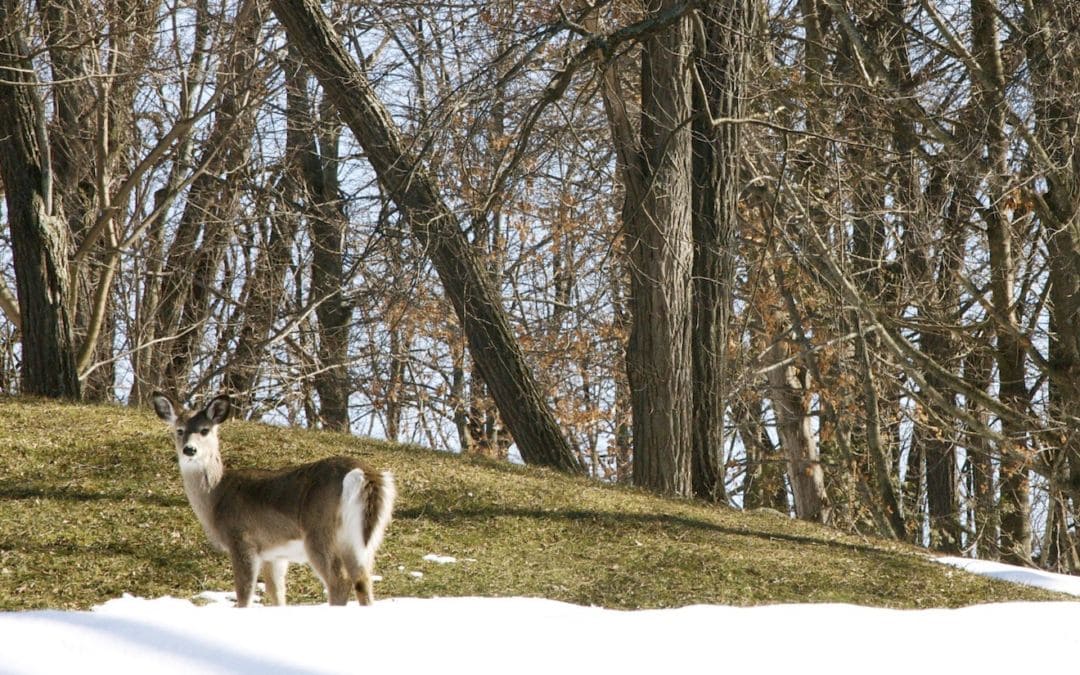 It’s opening day of deer season, a rite of fall for Northerners Don Inman and Virginia Pierce. This starry morning their friends and family are stirring in wood bunkrooms that glow orange in the lamplight. One by one the clan climbs down the ladder from the loft to the kitchen, where eggs and sausage sizzle on the stove. The hunters eat quickly—they want to be at their spots in the woods well before a half-hour shy of daybreak, the official beginning of deer rifle season.

Every year Don and Virginia host a hunting party which consists of their children Sean Pierce, Dick and Julie Johnson and their friends John, Sue and Matt Robertson. Don and Virginia’s grandchildren come, too, but they’re still too young to hunt. As with so many deer camps across the North, the hunt is the focus, the food the fuel. But luckily for this family, Virginia Pierce can cook as well as she hunts.

Today’s is a true hunter-gatherer feast. Don and Virginia harvested the venison for the noon meal during bow season. Don cut the meat—which had been aging in their woodshed—on the tailgate of his pickup. Virginia’s breakfast muffins are tart with berries she picked and froze back around the 4th of July. She also heeded the Midwestern urge to put up preserves before the frost came: Later today they’ll open jars of crisp dilly beans and spicy-sweet applesauce made with September’s Cortland apples. But first, into the woods.

In the early afternoon the hunters begin to drop back in at the cabin for the big meal of the day and to find out how everyone fared that morning. They hang up their camouflage suits and hunter orange jackets in the firewood shed to keep the human scents of the cabin off of them. As they walk across the yard to the main house, the crisp air is spiked with smoke from the Majestic wood stove that warms the dining room.

Virginia warms a stack of plates on the woodstove. As the dumplings finish on the simmering venison stew, the gang tells of their morning hits and misses: between them they bagged two does and a three-point buck. Don pulls out his deer camp journal, meticulous notes made in ink, about the weather conditions, the exact location of their deer blinds and who took which deer. Don’s obsession for hunting runs deep. His mother, Helen Inman, was still hunting at age 80. And that year she bagged a deer. The hunters relax, feet on the clean rag rugs, in chairs next to the upright piano and stacks of old National Geographics. No TV at deer camp.

Dinner is served: Sue uses her sweatshirt sleeve as a potholder to bring the stew to the table. Virginia turns over a cast iron skillet to work as a trivet. The goddess of the hunt, she got the buck this morning. The food she prepared for her fellow hunters is delicious fuel for their afternoon in the Northwoods. The venison is lean and flavorful, the stew rich with red wine and tender root vegetables.

Next Virginia brings a bird to the table, grouse that is sage-scented and succulent, tasting of its wild diet: berries, nuts and seeds. That’s what Don and Virginia love about wild game. Knowing exactly where it came from. And what it ate.

“We do it all ourselves. We hunt and kill the animal, we dress it out, age it for a week or two and then prepare our own cuts,” says Virginia, as she passes a jar of applesauce.

Don says that venison aged well—hung for a week to nine days, as long as it’s cold enough outside—has no overly gamy flavor. Those who aren’t fans of venison, he says, most likely ate what they call green or unaged meat, which can have a metallic flavor. His favorite way to eat venison, besides Virginia’s deeply flavored stew, is to flash fry a cut of loin to medium rare. Each year the couple harvests just enough to keep themselves in meat for the year. And the best part of a communal deer camp is that those who get a deer will divvy up their spoils so everyone has something to take home.

After dinner, the hunters return to the solitude of their blinds, to immerse themselves once again in the woods, to tune into the wind in the bare trees and the sound of deer crunching in the frost-coated leaves. They’re reconnecting with their ancestral and pioneer roots, the ritual of the hunt, the human need to provide for themselves.