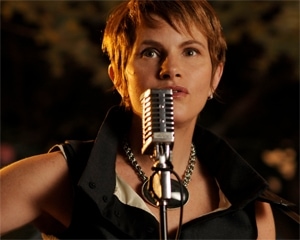 Shawn Colvin, one of the women at the forefront of the "new folk" music scene that jumpstarted in the early 90s, will bring her blend of acoustic, folk-influenced pop music to Traverse City’s historic Opera House on October 23.

"I don’t go into writing a song thinking I’m going to speak for anyone other than myself," Colvin told the Los Angeles Times."[But] I do try to impart some wisdom without that touchy-feely kind of thing. People have told me how much they can relate to what’s happening in these songs, so I think some experiences are shared ones."

Colvin won the Best Contemporary Folk Grammy in 1989 for her debut album Steady On, and became a household name eight years later when her pop single "Sunny Came Home" made the top ten charts.

Singer-songwriter May Erlewine, a favorite on the Northern Michigan live music circuit, will open the show, along with British-born pop-rocker Paul Freeman.

Advance tickets are $28; $33 at the door. For ticket information or to purchase tickets, visit porterhouseproductions.com.