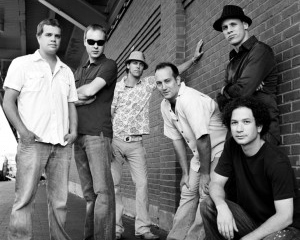 The band Rolling Stone declared “rock’s undisputed lord of sonic shape-shifting” takes the stage at City Opera House in Traverse City tonight. Umphrey’s McGee, jam band favorites who have conquered both the touring circuit and music festivals including Bonnaroo and Rothbury, will perform live at the Opera House at 8:00 p.m. tonight, Wednesday, October 7. Jazz-rock fusion band The Macpodz, from Michigan, will open the show. Doors for the event open at 7:00 p.m.

Umphrey’s McGee burst onto the music scene in 2002 with “Local Band Does OK,” a breakthrough studio album that earned them a spot at the first ever Bonnaroo Music Festival. The band sold more CDs at that event than any other artist on the lineup. Since then, fans have made albums like “Anchor Drops” and “Safety in Numbers” commercial as well as critical hits. Known for intense, long improvisational sets and mind-bending light shows, the band continues to be one of the most successful touring acts on the jam circuit.

“To see a band on the scale of Umphrey’s McGee in an intimate venue like the City Opera House will be a magical experience," said Sam Porter, owner of Porterhouse Productions. The locally based production company is hosting the event.

Tickets for the concert are $30 and can be purchased at the City Opera House, Oryana or online at porterhouseproductions.com.