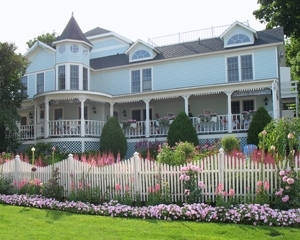 When is the best time to buy a home? Well, how about now?

It’s true, the near-collapse of the housing industry has actually had one beneficial effect: It has increased affordability for those with the ability (and stomach) to consider making such a high-ticket purchase.

The National Association of Home Builders/Wells Fargo Housing Opportunity Index (HOI) showed that 72.3% of all new and existing homes sold in the second quarter of 2009 were affordable to families earning the national median income of $64,000. In plain English, the large inventory of homes continues to push prices down, and that combined with continued low interest rates has made housing more affordable than it has been for several years.

In fact, Michigan, with its sputtering economy, is one of the most affordable housing markets in the nation. Several Michigan cities ranked highly in the survey, including Detroit/Dearborn, Grand Rapids, Bay City and Lansing. Though Northern Michigan was not mentioned in the survey, the bulging inventory of homes on the market is having the same effect on prices here as elsewhere in the state.

“The increase in affordability—along with the $8,000 federal tax credit for home buyers—is stimulating demand, particularly among young, first-time buyers,” said NAHB Chairman Joe Robson, a home builder from Tulsa, Oklahoma. The result is that housing affordability in the second quarter of 2009 continued to hover near its highest level since the measurement was introduced 18 years ago.

Thinking of moving to Traverse City? Check out the fun first.