Grayling: Most Affordable Real Estate in the United States 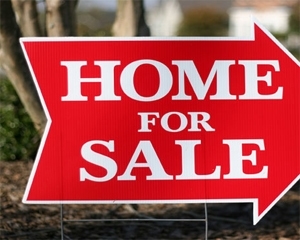 The recently released 2009 Coldwell Banker® Home Price Comparison Index (HPCI) found that Grayling, Michigan, also known as the “canoe capital of the world,” ranked as the most affordable market in America. In Grayling, the average cost of a four-bedroom, 2,200 square foot home is  $112,675. In La Jolla, California, a similar sized home runs $2,125,000. The price gap between this most expensive U.S. market and Grayling’s most affordable U.S. housing market is more than $2 million

La Jolla was joined on the most expensive list by 13 other California markets while Grayling was one of 20 Midwest communities on the most affordable list.

Differing from most housing reports that compare median prices, the annual Coldwell Banker HPCI, provides an apples-to-apples comparison of similar 2,200 square foot, four-bedroom, two-and-a-half bath homes in the United States, Puerto Rico, Canada and a sampling of countries/territories outside of North America where Coldwell Banker Real Estate has a presence.

”While price differentials are interesting to compare, I am most intrigued with the affordability levels now seen across much of the nation,” says Jim Gillespie, president and chief executive officer of Coldwell Banker Real Estate LLC.  “The four-bedroom, two-and-a-half bath home is one we deem ‘aspirational’ and usually purchased by move-up buyers experiencing lifestyle changes.  Thirty percent of the markets show this type of home to be below $200,000, illustrating the opportunity to take advantage of price declines, interest rate levels and increased selection of homes.  Encouraging these move-up buyers back into the market is a crucial next step toward helping to rejuvenate the housing industry and the overall U.S. economy.”