Trout Unlimited Began 50 Years Ago On The AuSable 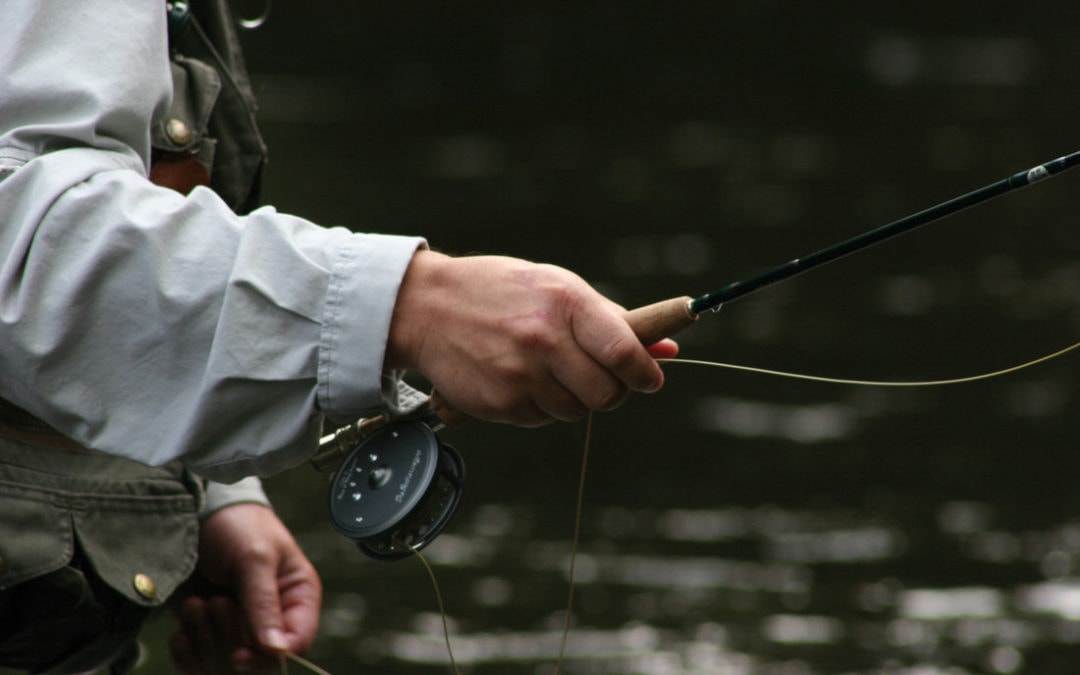 Fifty years ago this summer—July 18, 1959, to be specific—16 men gathered in the home of George Griffith, on the shore of the Au Sable River, to form a group called Trout Unlimited. Was it simply happenstance that this river was the birthplace of an organization that became one of the world’s great protectors of trout streams? Preordained is more to our thinking.

Anyone who has drifted or waded the Au Sable understands it is a special Northern Michigan river, but its reputation goes well beyond this region. Even on the global stage of rivers, the Au Sable is a standout, a star, a legend, renowned because it is nearly unmatched in its constant—water that is so stable in temperature, so stable in flow. A cold stream always surging, strong, resilient and unrelenting. For trout and for the insects that trout feed on, that constancy helps create some of the best habitat on earth. And for trout fishermen, that translates to some of the best fishing anywhere.

The Au Sable’s stability comes courtesy of the last great geological force to shape Michigan, the glaciers that retreated about 10,000 years ago. Melting ice left behind thick beds of sand and gravel here. The sand-gravel mix acts as both a landscape-sized filter that cleans the water as it percolates through the soil and as a landscape-sized underground reservoir that slowly, steadily meters out water from rain and snowmelt into streams over the course of the year.

Key to thermal stability, groundwater that feeds the Au Sable system flows from the earth at a constant temperature, which warms the water in winter and cools it in summer. While many Northern Michigan rivers run near freezing in winter, the Au Sable bottoms out in the 40’s—less cold kill. And while other rivers Up North can climb into the 80’s in summer, the Au Sable tops out in the low 70’s—less heat kill.

So the Au Sable, home stream of Trout Unlimited, serves as a metaphor for the river protectors that have by now earned international esteem. Strong, steady, unrelenting, resilient, these things we need to keep our rivers clean and trout plentiful. But the Au Sable also offers up a cautionary tale, more sobering, but equally motivating.

When Americans of European descent first began fishing the Au Sable in earnest—when lumbermen’s railroads gave easy access in the 1870’s—they found a river so thick with Grayling trout that fishermen would put three hooks on a line and would often reel in three fish at once. The subtle, iridescent Grayling trout was eliminated in just a few decades. The Au Sable River ran thick with Grayling trout (named Thymallus tricolor, a tribute to its scent of thyme and beautiful coloring) prior to logging and American settlement. But by the early 1900’s the Grayling was considered extirpated. Grayling still live in other parts of the world, but biologists say it could not live in today’s Au Sable, due in large part to competition with brown, brook and rainbow trout, which were not in the stream in the mid-1800’s. Then devastating clearcuts destroyed the trout habitat, and over-fishing did its part, and then competition from planted brook trout was the final straw.

The Au Sable and Trout Unlimited: Bound Together

The People Behind Trout Unlimited

Impassioned protector of trout. State Conservation Commissioner. Hoisery salesman. George Griffith organized and offered up his Au Sable River home for the first official meeting of Trout Unlimited, but he wanted somebody else to be executive director, because he felt it would conflict with serving his remaining 15 months on the Conservation Commission. He invited 60 men to the first meeting, but only 16, including Griffith, attended—an inauspicious beginning, perhaps, but Griffith helped make sure the momentum surged. Griffith called his home the Barbless Hook, a plug for catch-andrelease trout fishing; hooks without barbs are easily removed from fish; less damaged, they survive to be caught again. Griffith was fond of saying, “trout are too valuable to be caught only once,” and he advocated throughout his life for catchand-release fishing regulation.

A North Dakota farm boy who rose to become the first president and CEO of American Motors, George Mason was a lifelong advocate of the outdoors. George Griffith credits Mason with coming up with the idea of Trout Unlimited, which Mason, a Ducks Unlimited treasurer, explained to Griffith one day in 1950 during a chance meeting at Burton’s Landing, where the Au Sable’s Holy Waters stretch begins. Mason’s other great gift to trout fishermen was donating to the state 14 miles of shoreline along the South Branch of the Au Sable with the stipulation that there could be no development. He died before the transaction was completed, but his family carried out his wishes. The Mason Chapel is a modest stone and wood temple on the shore of the South Branch where all are invited to visit, pray and contemplate in this preserved-forever place that’s a tribute to fly fishing.

A Saginaw toolmaker who started a fishing rod–building and tackle business on the side, Art Neumann served as Trout Unlimited’s original vice president and then took a leave of absence from his employer to serve as full-time executive director in September 1962. Neumann took on the goal of transforming Trout Unlimited from a Michigan organization to a national organization within two years, a task that he largely succeeded in accomplishing. Along with E. Sutton, Neumann wrote The Philosophy of Trout Unlimited. An excerpt: “It’s subscribing to the proposition that what’s good for trout is good for trout fisherman and that managing trout for the trout rather than for the fisherman is fundamental to the solution of our trout problems.”