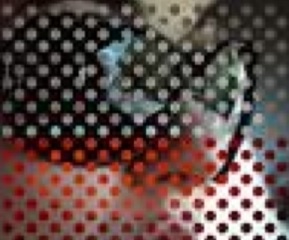 The opening gambit of Steven Soderbergh’s The Girlfriend Experience, shown at the Traverse City Film Festival, is an enticing one: A cinema verite, nitty-gritty look into the secret world of a modern day, high class prostitute. It appeals to our curiosity about the taboo and forbidden, it hints at an interesting psychological rumination on the life of a woman who puts a price tag on her affection, it even takes a stab at timeliness, as the failing economy becomes a recurring motif. Then, to top it all off, the lead character is played by real-life pornstar Sasha Grey. The concept of the film is so rife with potential that it’s jarring when you realize just how monumentally it fails to deliver on every enticement.

Much like Showtime’s classy hooker soap Secret Diary of a Call Girl, The Girlfriend Experience asks the question, “What’s it like, being a prostitute?” And, if the show and this film are any indication, it’s anything but sexy: It’s banal, soul-crushing, and worst of all, monumentally boring.

The story, such as it is, focuses on a high-end escort and her difficulty in balancing her work life with her personal one. On one end, Chelsea has her semi-regular johns, with whom she provides the titular “girlfriend experience.” (Essentially, the experience goes beyond simply having sex to providing a grim facsimile of genuine affection and to serve as both sounding board and grief mop for her clients. She’s like psychotherapist with physical benefits.) On the other hand, she has a remarkably loyal, understanding boyfriend, Chris (Chris Santos), whom she gives whatever is left.  Trouble comes when she gets a call from a wealthy john (Peter Zizzo) who allows her to be herself, rather than paying her to be someone else. Instead of simply playing at affection, this time she actually begins to feel some.

In the hands of a more capable actress, this might have been an intriguing character piece, but Sasha Grey takes an already sparse, colorless character and sucks any remaining vitality from her with wooden line readings, dead-eyed stares and minimal line readings like some kind of charisma vampire. Soderbergh, unfortunately, elected to compound the problem: He strands her in flat compositions and always shoots her in either arid sepia or steely blue and bounces her from one, clean, modern antiseptic set to the next, with only the scenes of her with her johns to contrast. The film has a great look, but the similar sets mixed with Grey’s understated approach gives the film the slick, clean, impersonal touch of a BMW ad.

If critics savage this film, it won’t be because of some sense of entitlement, it will be because Soderbergh has given them a underwritten character piece with a blank slate lead and very little forward momentum. In trying to be a gritty, “real” examination of a life dominated by money during an economic meltdown, The Girlfriend Experience only serves to underline it’s own artifice at every turn. Stabs at timeliness turn to tedium as conversation after conversation drifts to current financial woes, serving no purpose other than to potentially draw some weak parallels between Chelsea and the Wall Street types she services.

The film ends, appropriately, on something of an anti-climax, which serves as a stark reflection of the film itself: It’s taken your money, it’s promised you a ride, and it’s ultimately unsatisfying.