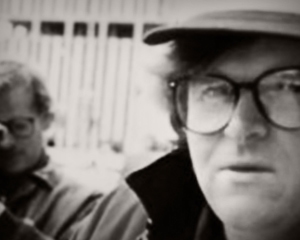 It has been 20 years since Traverse City Film Festival founder Michael Moore’s Roger and Me changed the way documentary films were made and viewed. It’s only fitting that in 2009, the film festival pays a tribute to this classic by including it in—what festival directors are calling—the best lineup to date. And that’s not the only reason Roger and Me has earned a spot in this year’s lineup. Like they say—history repeats itself.

Roger and Me is about the effects of General Motors closing several factories in Flint, leaving 30,000 people unemployed. Moore went behind the scenes to unearth the heartbreak and financial woes that struck the city in 1989 as a result.

Unfortunately, many autoworkers are finding themselves in similar situations in 2009, making Roger and Me just as relevant now as it was at the time of its release.

In addition to commemorating the anniversary of Moore’s documentary, the Traverse City Film Festival will celebrate the 40th anniversary of Woodstock by airing Woodstock: The Director’s Cut.

“Both Woodstock and General Motors in Flint in 1989 have resonance today with the economy and everything that’s happening with the auto industry,” said Deb Lake, Traverse City Film Festival director. “We’re reflecting on both of those in 2009.”

Lake said Moore hesitated to show his own documentary because he felt his role as founder of the film festival and as a filmmaker were conflicting. However, festival directors convinced him it was relevant and necessary.

“Roger and Me provided a quantum shift in the way documentaries were made and valued,” Lake said. “It showed us that documentaries can be funny and fun to watch but still meaningful and informative.”

Special guests from the film will appear at the screening, which happens Saturday, August 1, 9 p.m. in the State Theatre.

Click on the 2009 Traverse City Filmgoer Guide: Make the most of your film festival week!