Saving the Family (and the) Cottage 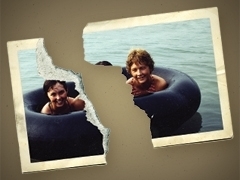 Consider the Parker family (not their real name). Back in the late 1920’s, Mr. and Mrs. Parker traveled from Ohio to Northern Michigan for the first time, and specifically to the shore of Lake Leelanau. They instantly fell in love with the 15-mile-long finger lake and the voluptuous valley that framed it. Mr. and Mrs. Parker soon found shoreline property for sale and, for $125, purchased two and a half lots during the year of the great stock market crash, 1929.

Within two years they paid off the land and then put their money toward building a tiny cottage, uninsulated and, of course, without electricity, because electricity didn’t reach that little road-end place for another couple of decades. The front yard was kind of marshy, so in the days before the Environmental Protection Agency, they just hired a guy with a bulldozer to go out into the lake and push bottom-dirt up on the grass to fill in the low spots.

Every summer the Parkers would head Up North from Ohio with their two kids in the car. They’d even hire a farmer to plant and tend a garden at the cottage so they’d have fresh vegetables when they arrived. And they hung a dipper by the artesian well. The Parkers’ two children grew up knowing that come summer vacation they’d always live for three whole weeks in the embrace of that kerosene lamp-lit little cottage on the lake.

When the two children became adults and had kids, they brought them—the grandchildren of Mr. and Mrs. Parker—up to the cabin. “Every year, the night before we went to the cottage was as exciting as Christmas Eve,” said one of the grandchildren, we’ll call him Mike, now in his 50’s. “We saw our cousins, and we played volleyball, and we had campfires on the beach, and we went water skiing nonstop,” he says. But all this fun abruptly ended when the widowed Mrs. Parker passed the cottage to her two children in the late 1980’s.

Like most people would do, she gave each of her grown children, then in their 60’s themselves, an equal share. And by law, each of the two children had equal say in how the cottage was managed—like who could stay when and for how long—and equal responsibility in paying for things like taxes and repairs. And by law, as “tenants in common,” either partner could force the sale of the cottage at any time if one wanted to cash out.

Get Your Own Copy of  Saving the Family Cottage

One day, as Mike and his family were packing to leave after a week at the cottage, his aunt arrived and threw a fit about things like how the dock was positioned and that the coffeepot was in the wrong place on the counter. She called Mike’s dad that night and said the sharing arrangement would not work. She used language so cutting that, though 20 years have passed, Mike’s dad has never really gotten over it. Eventually she issued an ultimatum: Mike’s dad would sell his share to her, or she would just force the sale of the place on the open market.

Mike’s dad figured it wasn’t worth the heartache to fight it, so he sold his share. Mike and his siblings have never been back to the cottage in the 20 years since, even though he now lives just a few miles away. And the breach that opened in the family bond has never closed.

“At the real estate closing, the attorney who handled it said to me, ‘this happens all the time,’” Mike recalls.

Stuart Hollander did not handle the Parkers’ land transaction, but as an attorney practicing in the Northern Michigan resort town of Suttons Bay, he saw enough identical cases of cottage-related family strife to understand that leaving a cottage to siblings, with no rules of operation and each having the right to force the sale of the cottage, was a disaster in waiting. That awareness led Hollander and his wife, Rose, who helped him in his practice, to publish a book, Saving the Family Cottage, that explores the flaws of the law that governs such situations—a law that has remained largely intact since its appearance in English law back in 1540.

Even more important, though, the book offers solutions, which begin with putting the cottage into a limited liability company that owns the real estate. “The family shares an interest, and the limited liability law governs,” Rose says. “So you no longer have a court that can say you automatically have to sell if one person wants out.”

In a heartbreaking turn of events, Stuart died suddenly shortly after the book was published, but Rose connected with David Fry, who did not know Stuart, but through his own law practice, had come to similar conclusions about how to best transfer a cottage to the next generation. Fry eventually purchased the cottage law portion of Hollander’s business, and Rose continues to sell the book while helping Fry.

What has really struck Fry in his cottage practice is that the emotional issues of cottage transition are identical regardless of a family’s economic status. “I remember one day last year when I worked with a family in the morning that had lakefront properties worth several million dollars and then, in the afternoon, I worked with a family whose cottage was built in the 20’s and had never been improved. It had no insulation, electric was visible, it leaked, and they had the same emotional connection to that property and the same issues to deal with as the family I worked with in the morning,” he says. Most divisions stem from how people view the cottage, Fry believes.

He divides people’s viewpoints into two camps: those who see a cottage as a foundation of tradition and those who see it as a substantial economic asset. “The traditionalists feel, We grew up with this, we had summers here and wonderful memories, and this heritage and these family connections are something to preserve at all costs,” Fry says. But as lakefront real estate escalated so rapidly during the past two decades, the economic value of cottages has played increasingly into how people view the cottage. In the last 18 months, as more people face difficult economic times, conflicts over cottage ownership are growing, says Fry, because people are seeing their economic status dwindling, and they want to get the dollar value out of their inheritance. “Problems arise when the traditionalists don’t necessarily have the resources to buy out the sibling,” Fry says.

Consider, for example, that today it is not uncommon for a cottage in Northwest Lower Michigan to be worth $800,000. Even in a family with four children, an individual’s share would be worth $200,000. The central benefit of the limited liability company is that “it takes the negotiation out of the situation,” Fry says. So, for example, if a sibling wants to cash out, everybody knows the way that will happen and what each person’s responsibilities are and how the value will be set. “You may not like the rules, but they remove the negotiation.”

But ground rules that are clearly stated and legally binding are also a blessing for families committed to keeping the cottage. Fry lists the most predictable issues without a moment’s hesitation. “How do you pay for the place (taxes and upkeep), and what if somebody doesn’t pay? How do you schedule when Mom and Dad are no longer in charge? What is the decisionmaking process when you have to put in a new roof—is it green or pink? Who will implement? Those issues come up in every one of these shared vacation properties.”

Not surprisingly, when a cottage owner who is planning to pass along a cottage comes to Fry, the owner is “interested in minimizing the potential conflict in the next generation,” he says. “They want to know that when they are no longer involved, there are rules established, and they know how things will be handled.”

A natural tendency for many cottage owners is to want to engage the next generation in the discussion about making the rules. “They think, We need to meet with everybody so they all agree,” Fry says. But he sees that as a mistake. By bringing in many different views, the process becomes much more difficult, and solutions are much more difficult to reach. “I tell Mom and Dad that the biggest gift they can give to the next generation is to make it so kids don’t have to negotiate among themselves over the cottage.”

Is it surprising that a place that is owned solely to bring people together, to let them play, set aside their worries for awhile, can become the focus of so much tension? Rose Hollander thinks it only makes sense. She recalls a friend who recently visited his family cottage after a long time away. He couldn’t believe the memories it brought back. “A cottage is a strong place in our childhood that we hold onto. There’s a lot of emotion invested in that place. Maybe that’s what makes this an asset that can also tear families apart,” she says.

Written for the average cottage owner (as in, you don’t have to be a lawyer to understand it), Saving the Family Cottage is a comfortable read that delivers remarkable insight about how to best transition ownership of a cottage to the next generation. The book is based on Stuart and Rose Hollander’s legal research and real-world perspective built upon their years of experience. Find the book in the MyNorth Store.