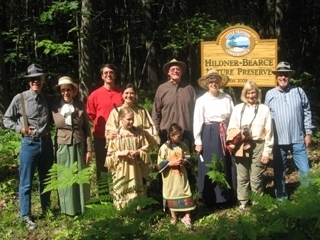 What would not be an ordinary day started in an ordinary way.  At least it did for one man.

After awaking shortly before seven a.m. at the family lake home in northern Michigan he lay in bed, steeling himself for his early morning swim.  It was odd but familiar how he would try to convince himself he could skip it.  He knew, however, that soon he would put on his swim trunks and go down the short flight of stairs to the lake before the sun climbed above the trees on the steep hill behind their house.In the cold lake he would stand in waist deep water for a couple of minutes.  Eventually, figuring it couldn’t get any worse, he would lean forward and begin swimming.

The typical reason for the early start was to be able to swim south using the crawl stroke before the sun was so high it would blind him as he turned to his left to breathe.  Returning north, the sun would not be a problem.

On this day there was a second reason for the early start.  He was due at nine a.m. for a rehearsal of a pageant to be performed following the dedication of a new nature preserve near Indian River on land donated to the Little Traverse Conservancy.  It was promised to him that he would have time after the short run-through to return to his house for breakfast.  Normally that was no big deal but on this day his wife had prepared peach-stuffed French toast.It is a cliché but a meal missed is one you can never get back.  That is important to remember when the meal is peach-stuffed French toast.

Out of the water, he cursed the sea gulls for all of the droppings on the dock.  It had been a “good year” for fish flies and, similarly, good for hungry sea gulls.  So anxious was he to get up to the house for a shower and breakfast that he left his eyeglasses on the boat.

If he was that discombobulated what must it be like at Gretchen Hildner Bearce’s house?  She and her children, David and Kate, had donated acreage to the Little Traverse Conservancy and the dedication was scheduled for ten-thirty a.m., with the pageant and lunch to follow.

Gretchen’s home was filled with David, Kate, Gretchen’s three brothers (Ernie, Jono and Richard) and all the relatives from spouses to children that attach themselves to us as we go through life.  In Gretchen’s case, no meek persons can be found.  Her family members’ high intelligence, a blessing in most circumstances, also led to more opinions regarding the script for the production than a politician has excuses.

Gretchen referred to her duties as herding cats.  But, miraculously, at ten-fifteen a.m. Gretchen and her three brothers, in costume as settlers from the  early 1900s, walked up Hildner Lane, through hardwoods and evergreens, to Chippewa Beach Road where stood the impressive sign proclaiming the Hildner-Bearce Nature Preserve of the Little Traverse Conservancy.

A large number of friends gathered for the dedication, the highlight of which was Gretchen’s moving speech regarding the reasons for the donation of land and her acknowledgment of her ancestors and her deceased spouse, Hutch.  It was seven years ago that Hutch and Gretchen discussed donating land with a representative of the Little Traverse Conservancy in their home at Burt Lake.  Gretchen fought tears as she spoke to the gathering but she was not alone.

At the performance following the dedication there were stories told of the Hildner family, of ice being cut out of the lake in winter and stored beneath straw for use in the summer, of a mouse which lived in a piano and came out when the piano was played, of dances held on the wooden floor which served as the platform for Florence Ensle’s tent, of life without plumbing, of kids playing outside in the days before television and video games, of men and women who would not go into the Village of Indian River unless wearing a starched shirt or a dress.

Those present ranged in age from an eight week old baby boy to seniors in their eighties.  Someday that eight week old boy will be in his eighties, hopefully with children and grandchildren of his own.  They may walk their dog on old logging trails donated by Gretchen and her children.  A nature preserve connects the future to the past, preserves emotions, preserves sanity…preserves something different for each of us.

But we have something in common.  We have the Hildner-Bearce Nature Preserve and all of the other Little Traverse Conservancy properties.Peach-stuffed French toast is here today, gone tomorrow and more can be created within the hour.  That is not true of properties like the Hildner-Bearce Nature Preserve.  Even if a forest lost is one you may get back, your grandchildren can grow old waiting for such land to reforest.

For anyone blessed with acreage they might be considering for preservation by donation to a land conservancy organization, jump in.   The water is fine.A swim.  A walk in the woods.   There is nothing wrong with an ordinary day.  There is something special about extraordinary people.